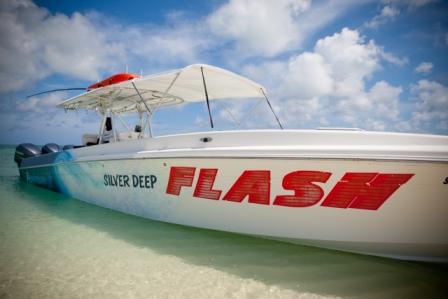 Providenciales, 31 Oct 2014 – They say they are already paying eleven different taxes and government does not need to tax the industry any further; the group may have a point as just a week ago Premier Rufus Ewing announced a revenue surplus of $19 million dollars so far for 2014. Yet the government is forging a head with a tax of 12% which tourists will have to pay but one which water sports operators have signed a petition to reject.

They sent that complaint to the Official Opposition, to the Governor, to the Tourist Board Director and Tourism Minister and to the Finance Minister. In the correspondence the group of 42 said they were not consulted… and explain they are probably most taxed of all paying fuel tax, business license per boat, national parks license, yearly boat inspection fees, VHS fees, fishing license for the boat and per guest who wants to fish, captains license, commercial fishing license, tax on the boat’s insurance and tax on the credit card transactions.

The Premier said they will monitor the tax… the Finance Minister said it is the guest who will have to pay… the water sports operators say it will cause a loss in business and that they are already functioning with low profit margins.