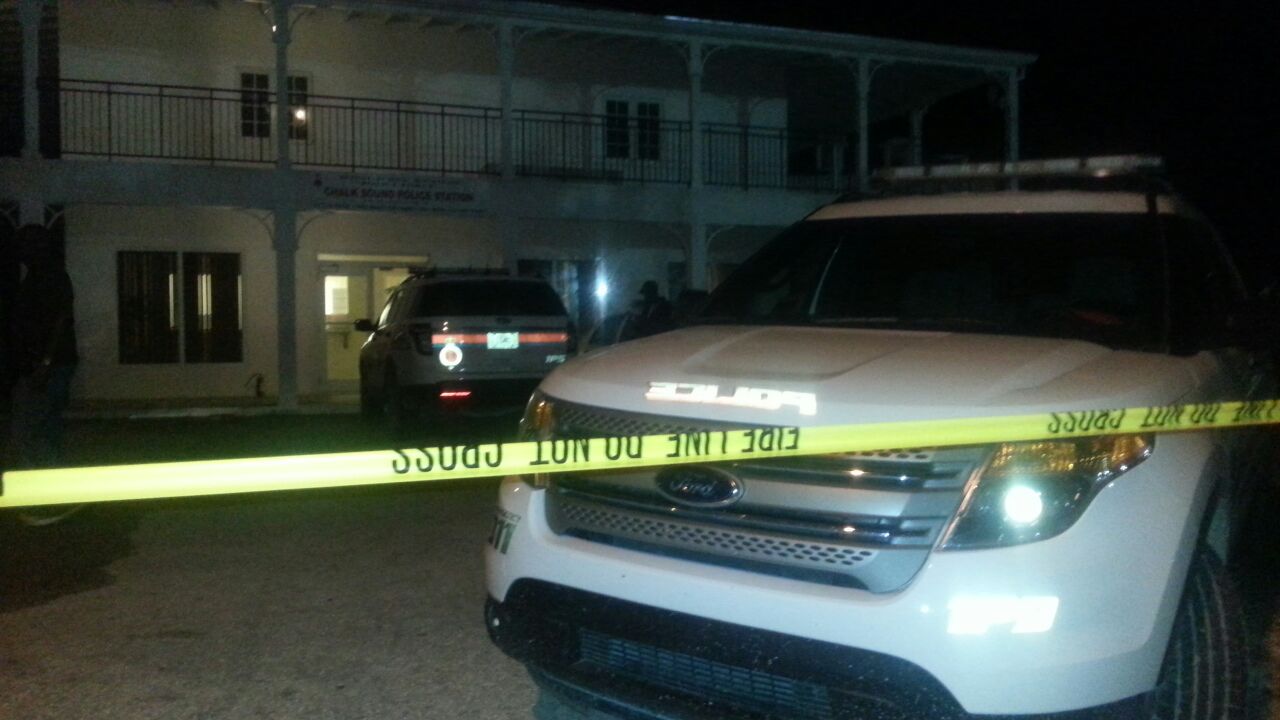 Providenciales, 30 Sept 2014 – The police officer suspended in connection to that arson attack on the Chalk Sound police station is said to be headed to court today to face formal charges for his alleged involvement.

Four vehicles, including a police patrol jeep were destroyed in the early morning blaze Friday; two other were private vehicles of his fellow officers and the fourth car was being held for evidence in an upcoming case… the back door of the precinct was also set ablaze.