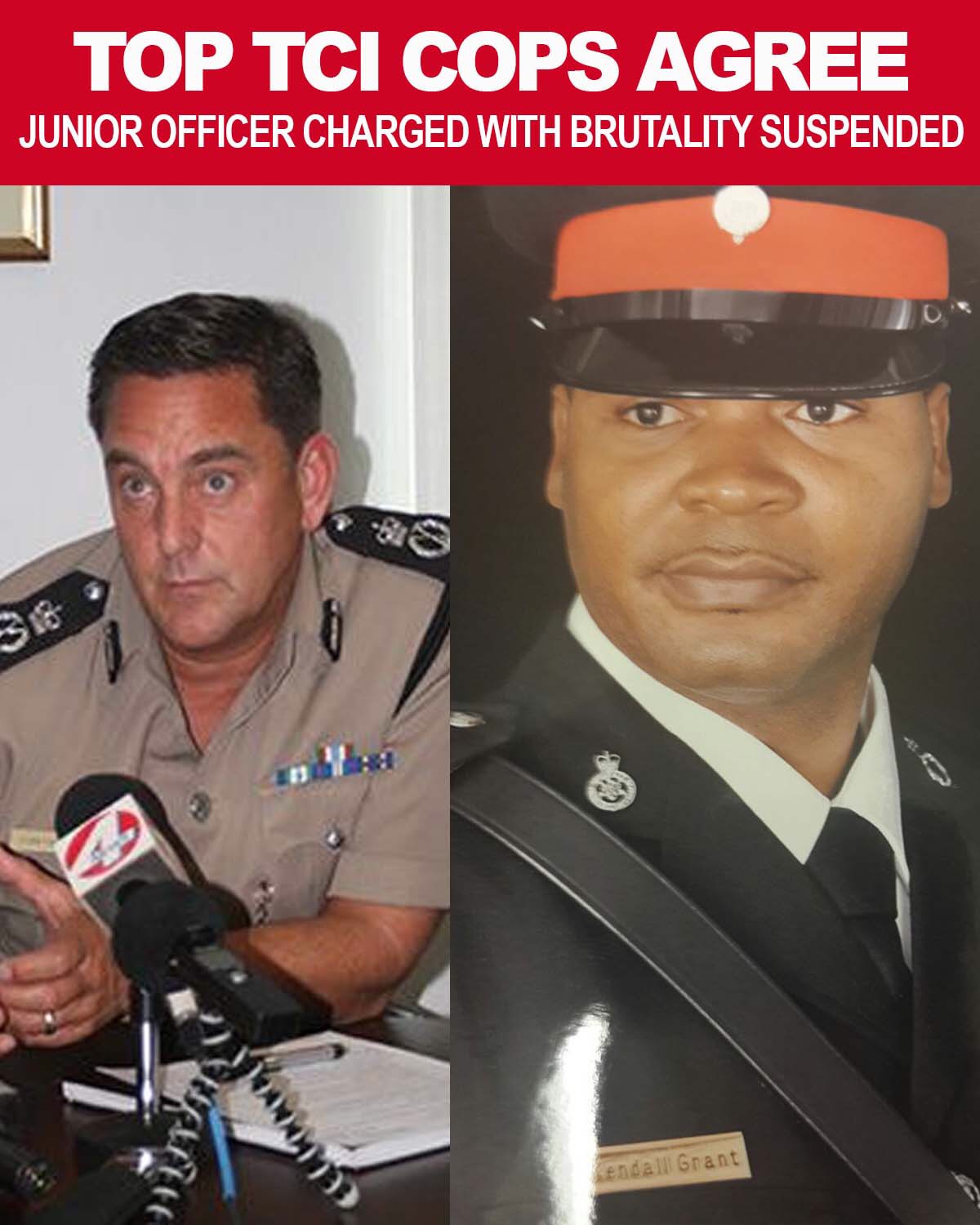 Providenciales, 24 Sept 2014 — Wasting no time, the Royal Turks and Caicos Islands Police Force moments ago confirmed that the officer accused of brutality of a suspect in police custody, is arrested for suspicion of wounding.

No identity is given on the officer charged for allegedly beating a 22 year old, reportedly handcuffed suspect about the head with a police radio, but he is out on bail and is on administrative leave.

The release issued this evening by Press Liaison Officer, Audley Astwood will likely be welcomed news to the Blue Hills family, who yesterday were called to the Cheshire Hall Medical Center and who filed a complaint. Gashes about their son and brother’s head and face infuriating and frightening that family.

Thousands of islanders have been following the shocking report and viewing photos of the alleged injuries online.

The family exposed the news to media and has retained Ashwood Forbes as attorney.