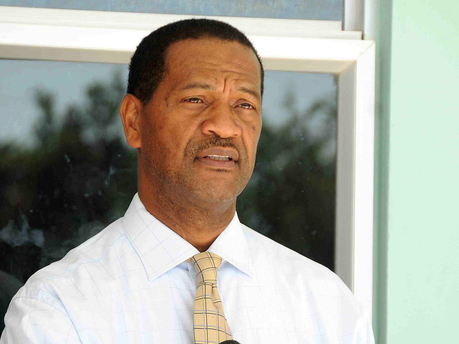 “Our strategy is to spearhead the development of a national energy portfolio, which takes into consideration current needs and future developments,” Mr. Watson said.

He was speaking at the PCJ’s 35th anniversary luncheon and long service awards ceremony, held on September 5 at the Knutsford Court Hotel, in Kingston.

Mr. Watson pointed out that the work of the organisation is now centred around increasing generation from indigenous and renewable sources; seeking investment for oil and gas exploration; and spearheading research in alternative energy.

The General Manager noted that so far, there has been the initiation and implementation of seismic surveys to determine Jamaica’s oil and gas potential. “This is work we hope that will bear fruit in the very near future,” he said.

For his part, Minister of Science, Technology, Energy and Mining, Hon. Phillip Paulwell, said the PCJ has come of age and continues “to demonstrate relevance to today’s reality and responsiveness to tomorrow’s challenges.”
“I think the mandate that was established for the company has been largely fulfilled. The company has been involved in a range of services. It is the umbrella group that takes care of our refinery, it has been involved and has gotten even more involved in the marketing arm (Petcom) and of course they are anxiously pursuing our adventure in oil and gas exploration,” the Minister said.

He also congratulated the 39 employees of the PCJ who were awarded for their years of service to the company.
“We want to salute our staff. Sometimes in the cut and thrust and the crisis of the moment, we forget those who really are the ones who enable us to achieve success,” Mr. Paulwell said.