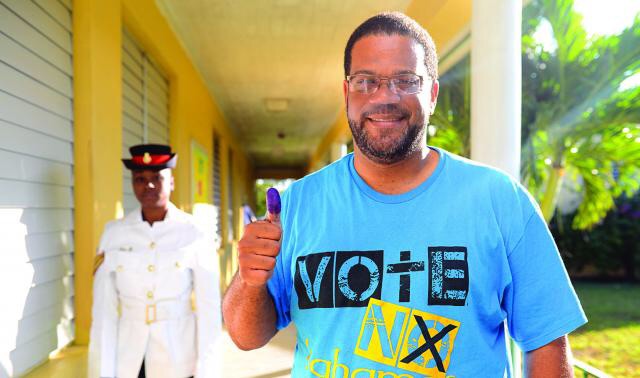 The Bahamas, 19th Sept 2014 (Bahamas Information Services) – It is official. Webshop gaming in The Bahamas is no longer an underground industry but a fully regulated $600 million component of both the domestic tourism and financial services sector product offerings. Late Monday evening, 25 Parliamentarians voted yes, seven voted no and five were absent at the third and final reading, committal and vote on the historic Gaming Bill and attendant regulations that promised to transform the gaming industry, both land based and online.

Defending the government’s decision to legalize and regulate this industry in the best interest of The Bahamas and responding to his critics, Prime Minister Christie said that it was important not to “attribute to one side sin, corrupt practices, when they are motivated to do….what all of the agencies of the world would reasonably expect them to do in the circumstances.” The Prime Minister was referring to concerns raised by the Governor of the Central Bank and the Compliance Commission about the unregulated gaming industry. These concerns were raised after the January 28, 2012 gaming referendum.

The Prime Minister was emphatic in his position that “no government faced with the information this government was faced with…could arrogate unto itself the right to say, ‘let’s ignore that.’ This now… becomes a major matter for the Minister of Finance and Prime Minister of The Bahamas and that’s me.” The Prime Minister was referring to an external review and national risk assessment of The Bahamas’ economy by an anti-money laundering taskforce from the Caribbean Financial Action Task Force (CFATF) scheduled for 2015. The numbers industry must be a part of this risk assessment said the Prime Minister and the government will liaise with all financial industries in the country to determine areas of vulnerability.

“Fostering growth, transparency and social responsibility comes as The Bahamas faces in 2015 a more thorough external review by CFATF than it has ever faced before. A review as to risk and areas of vulnerability in our economy” said the Prime Minister, referring to an October 2013 article published by one of the dailies about this extensive and thorough national audit of the country’s economy by the CATF in 2015. Legalizing and regulating the numbers industry was the correct and reasoned policy decision for any responsible government, given the circumstances facing The Bahamas argued Prime Minister Christie.

The Prime Minister went further in hammering home the principal of probity which is the fundamental cornerstone of any credible gaming dispensation:

“The most fundamental cornerstone of any credible gaming dispensation anywhere in the world can be distilled into a single word. That word is “probity”. Probity focuses on establishing that any given person who seeks to be involved in the gaming industry, whether as a regulator or as a licence holder, is fit and proper to do so, and moreover remains fit and proper on an ongoing basis. The currency of probity is therefore information concerning the relevant individual, ranging from information regarding the personal history of that person, or business history, where that person is a corporate entity, to information relating to the financial history, capacity and dealings of that person, as well as criminal history and associations with other persons.” The Prime Minister was confident that a fully regulated Bahamian gaming industry would pass the universally acceptable credibility litmus test of “probity.”

Turning his attention to the taxes, fees, penalties and social and community contributions with respect to gaming houses, the Prime Minister had this to say:

1. “As provided in section 85 subsection (16) of the Gaming Bill, after making a full and frank disclosure of all turnover and gross profit generated by the conduct of their businesses as defined in the Business Licence Act, for a period of six years for businesses which were in operation for six years or more, or from the date of start up for those operations who were in business for a lesser period than six years, make payment in full of:

(i) All fees payable under the Business Licence Act for the review period, to the extent that any turnover or gross profits generated by the conduct of such business had not been disclosed.

(ii) All gaming taxes which would have been payable by that business had such business been licenced under the Gaming Act, calculated at the prescribed rate commencing on 1st July, 2014.

(iii) A penalty in the amount of

(a) $350,000 in respect of a business with a gross turnover of less than five million dollars; and

(b) $750,000 in respect of a business with a gross turnover of less than give million dollars.

2. Payment of the licence fees set out in Regulations 49-55 of The Gaming House Operation Regulations, 2014

3. As prescribed in Regulation 57 of the Gaming House Operator Regulations 2014, payment of gaming taxes whichever should be the greater of —

(b) 25% of earnings before interest, taxes, depreciation and amortization.

4. Regulation 57 of the Gaming House Operator Regulations 2014 also provides that the tax should be subject to review—

(a) During the transitional period following the receipt of the RFP and audited financial statements;

(b) At such time as the Minister may otherwise direct.

5. In accordance with Regulation 4 of the Gaming House Operator Regulations, 2014 the RFP may require gaming house operators to make monetary contributions of a minimum of 1% for corporate social investments initiatives and 1%for community improvement.”

Under the amended Bail Act, the burden is now on the bail applicant to prove why the court should grant bail and the court must now take into account the safety of the victim in its consideration to grant bail.

Under the amended Coroners Act, the Coroner is empowered to make homicide findings. The amended Evidence Act basically allows a witness to provide testimony via live television link. The conditions are when a witness is on another island; when being present in court creates fear and distress on the witness and when the court of trial considers it appropriate on its own motion.

The minimum mandatory sentences were abolished for possession of drugs, firearms and ammunition and judges are given judicial discretion in each case. Recently, Justice Jon Isaacs ruled that a 4-year mandatory minimum sentence for drug possession with the intent to supply was unconstitutional.

In passing
The Referendum date delayed to 2015; the CBTUC called off strike and returned to work this past Monday amid continuing negations with the government and the General Education Diploma program (GED) was launched by the government this week through a partnership between Atlantic College and the Urban Renewal Commission.

The Antiquities, Monuments and Museums Corporation (AMMC) and the Bahamas Mortgage Corporation (BMC) both inked new labour agreements with the Bahamas Public Service Union; new immigration rules announced in the House and the once stolen and returned Bahamian Iguanas are released to the wild.

The Clifton Heritage Authority will host the media this evening at the Hilton; Bimini gets a new ferry passenger port and more job opportunities; Prime Minister Christie tours the Grand Bahama Shipyard today and the HMBS Leon Livingstone Smith, the third of nine new patrol vessels for the RBDF to be commissioned at 6:30 pm this evening at the Kelly Dock.