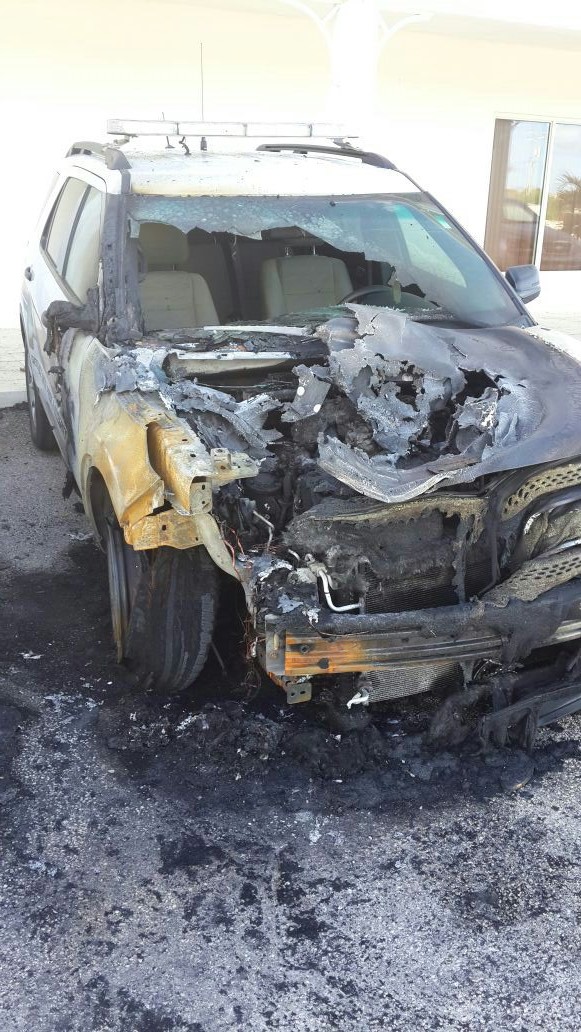 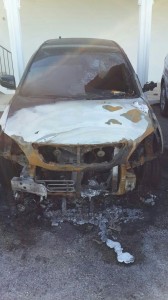 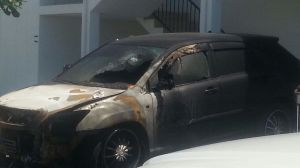 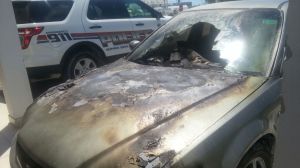 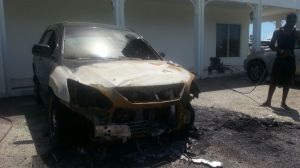 Providenciales, 26 Sept 2014 – Police in the Turks and Caicos shaken, upset by an early morning fire which was a direct attempt to destroy police property and perhaps even hurt officers on duty. Five separate fires were set at the Chalk Sound police station in Provo around 1 this morning… fires which ravaged a police officer’s private vehicle, and one of the new police patrol jeeps… damaging another police officer’s car and an impounded car, a part of an investigation.

Magnetic Media, getting early insight into the blaze, eyewitnesses to the fire sending photos and telling of an explosion and the reaction of the police on the scene. Fire crews were called and responded swiftly, but not fast enough to save the P1 cruiser, which was just commissioned five months ago as a part of a fleet of long awaited new patrol vehicles.

When we arrived, senior police officers had already left the area which is now cordoned off as a crime scene… and reports that one of the Force’s finest, Constable Desbourne Young was the target of many threats including one Thursday night… hours later, his car, a Toyota Harrier is destroyed. The fifth fire set at the site was also concerning… the back door of the police station, all of the blazes leaving the area smoky and that includes the inside the precinct itself. One officer was treated at the scene for minor injury… the three prisoners were transferred to the Five Cays station.

As you can imagine, as the news spread of the arson, police force officers congregated at the scene…… to see the photos, look for Magnetic Media Fanpage on Facebook.