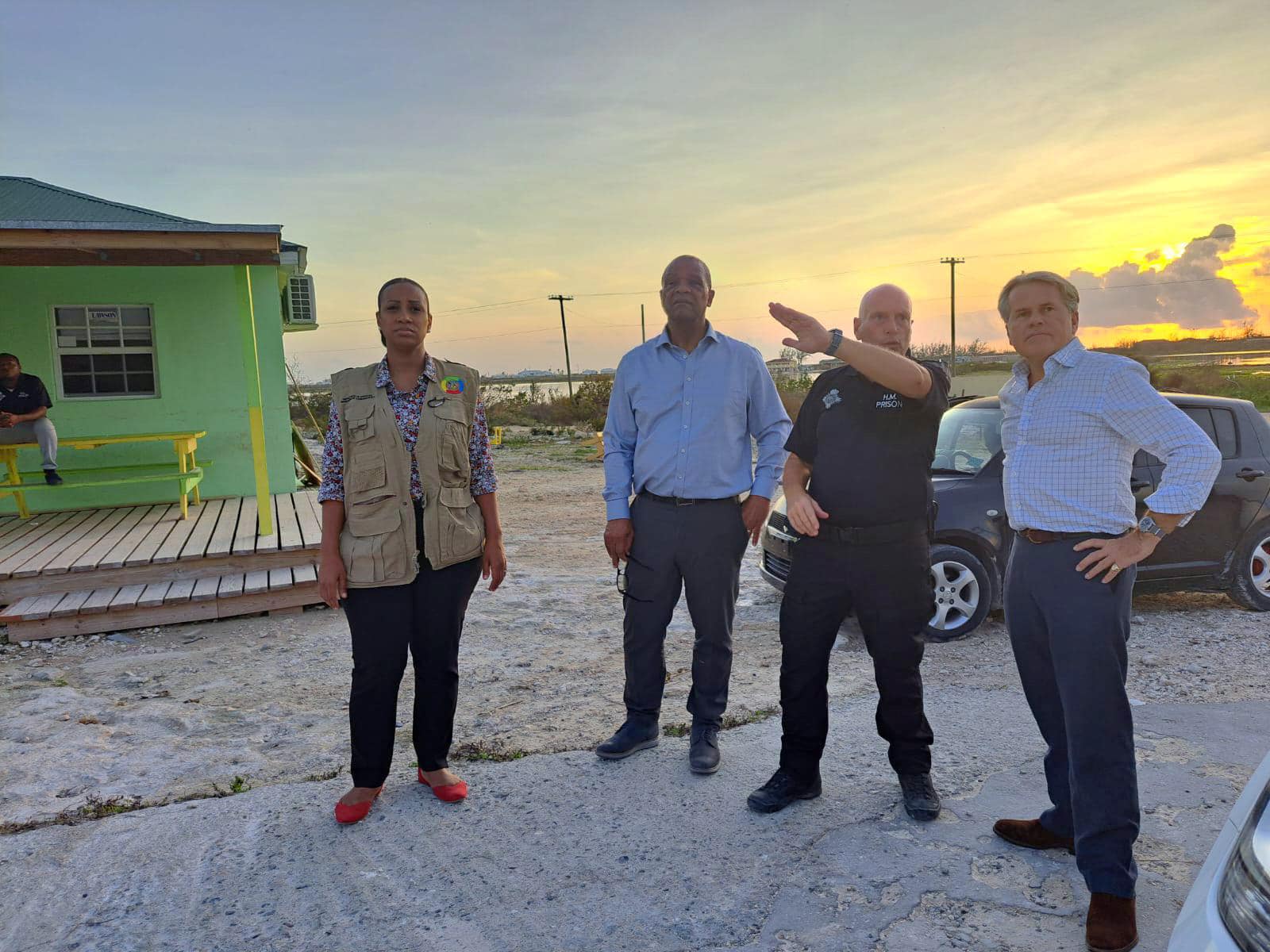 #TurksandCaicos, September 30, 2022 – The Turks and Caicos breathed a heavy sigh of relief, recognizing with the passage of major category three Hurricane Fiona, the archipelago had been miraculously spared serious damage.  Hurricane Fiona, which is blamed for 27 deaths across the Atlantic Basin, devastated larger nations from September 16-24 to the tune of $12 Billion.

Fiona wreaked havoc on Guadeloupe, Puerto Rico, the Dominican Republic, Bermuda and Canada leaving millions without electricity and dozens homeless. There was intense flooding in Puerto Rico and the entire island lost power, landslides and flooding damaged homes in the DR and whole seaside homes washed out to sea in Canada where 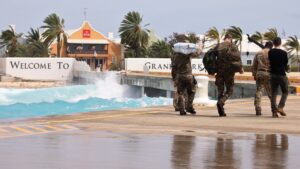 In spite of being hit by the hurricane at category three strength, The Turks and Caicos has only minimal damage to report, according to Premier Washington Misick.

“Early assessment indicates that well hit by a category three hurricane the Turks and Caicos suffered level-one damage which is a credit to the state of our preparedness and the credibility of our infrastructure.”

While the Turks and Caicos is still recovering, according to Governor Nigel Dakin the crisis period has in the rear view mirror of the islands now.

Once the all-clear was given, the main airport, the Providenciales International Airport (PLS) was reopened to air travel. A week after the storm, all airports and ferries were operational again. Digital connection was mostly restored as was electricity.

At the start of this week, Governor Dakin said information shared in recovery meetings exposed the bruises caused by Hurricane Fiona included severe damaged to the one mile causeway linking North and Middle Caicos.

Poles were also laid flat in the hurricane’s 150mph winds.

“Ninety-five of customers across the country now have electricity after Hurricane Fiona,” said FortisTCI, the nation’s electricity provider in its fifth report on restoration work.

At that time, Middle Caicos stood at 55 percent with power back on, once the causeway was cleared of debris. Bambarra and Lorimers on the island, were among the last to get electricity.  FortisTCI reported on Friday September 30, both settlements were reconnected.

“At 11:00 p.m. on Thursday, September 29, Middle Caicos now has 96 percent of customers restored.  The majority of customers in Bambarra and Lorimers now have electricity.  Only a small pocket of customers were pending restoration at the time.  The focus has been to energize both settlements via Conch Bar’s electricity generation unit, while crews rebuild damaged sections of the main transmission and distribution network.”

The Governor also updated on the cruise ship industry.  He explained Carnival Cruises, after addressing the damage, set a potential opening date for October 4th, pushed back from Thursday September 29 as was listed on the Grand Turk Cruise Centre website.

Students in Grand Turk and the sister islands were able to start attending school by Monday September 26th a week after Fiona and the resulting outages.

Ten days after the storm, FortisTCI has restored connectivity to 99.3 percent of customers across the country. Grand Turk residents were the hardest hit and as of Thursday night, some 95 percent are back online.

The electricity restoration now speeds up reconnections and repairs with FlowTCI, on September 28 the telecoms company gave an update on Grand Turk and North Caicos.

“Fixed broadband for all Flow business customers has been successfully restored. A few customers’ services remain impacted due to a lack of commercial power,” said Flow about Grand Turk, for North Caicos, “The realignment of link between our Minorca Hill and Stubbs Road has been successfully completed.  Teams were deployed in North 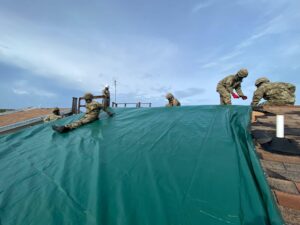 Digicel, less than 48 hours after the hurricane, reported that all of its networks were running, hampered only by customers who were waiting on electricity restoration.  Digicel, following Hurricanes Irma and Maria in 2017 decided to migrate to an underground network, which went unaffected in the passage of recent Hurricane Fiona.

Humanitarian support was also immediately available to the Turks and Caicos Islands.  With both the Governor and Premier out of the country, due to the State Funeral and National Security meetings in the United Kingdom, it was handy having the TCI Regiment and UK soldiers on hand to led military-styled assistance.

Co-chairs of the National Emergency Operations Center, Anya Williams (acting) Governor and E. Jay Saunders, (acting) Premier were part an aerial reconnaissance mission thanks to the HMS Medway; its helicopter allowed a birds eye view of the damage done by the storm.

The intel gain guided clean-up and allowed the leaders to connect with islanders who faced the most ferocious part of the storm, this included Salt Cay.

Despite the fairly swift recovery Governor Nigel Dakin reminds that the season is not yet over and residents should prepare for a potential second encounter, praying for the best while expecting the worst.

Since then, Hurricanes Gaston, Hermine and Ian have formed.  Ian, which grew to near category five strength over the state of Florida, is now blamed for 21 deaths, has left 2.5 million in the dark and as the surge waters subside, US President Joe Biden pledged full support to rebuild.