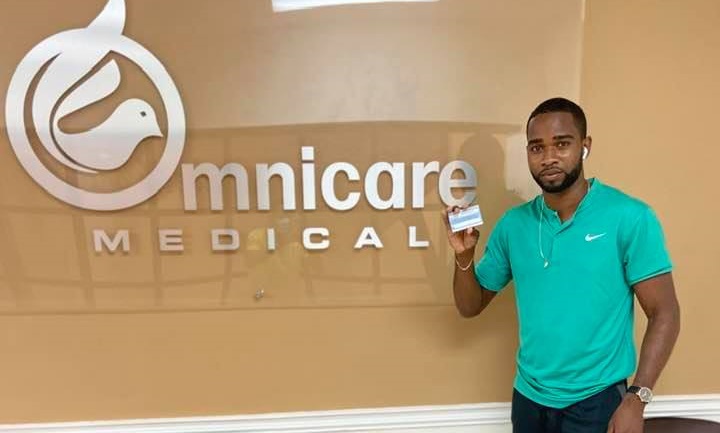 Delano Williams, a 2012 World Junior Champion sprinter who hails from Grand Turk is the first Olympian for the Turks and Caicos Islands and with a medal position expected but missed for Team Great Britain in the men’s 4x400m relay event at the Rio Summer Games of 2016, there was a promise from Williams that he would return and try again.

In his sight then were the 2020 Olympic Games to be staged in Tokyo, Japan but along came the ‘once in a hundred years’ Coronavirus Pandemic. It waylaid plans for Delano and thousands of other athletes and millions of fans forcing the games to be pushed to 2021.Now, in a post-Covid era, Tokyo and the world are ready and Delano tells media he is too.

Delano Williams, shares that he has been preparing for the UK trials, that he has slimmed down, that he is fully vaccinated for Covid-19, that he has trained hard and he has applied his three Ds: “discipline, determination, dedication.”

Delano expects to make the UK squad, this time he is after a spot to compete for Team GB and (UK overseas territory) the Turks and Caicos at the Olympics in the 200m event.

British Athletics Championships (“the Trials”) will take place on 26-27 June 2021 at Sportcity, Manchester and will be the track and field trial for the Games.

The Tokyo Summer Games are set for July 23 thru August 8.