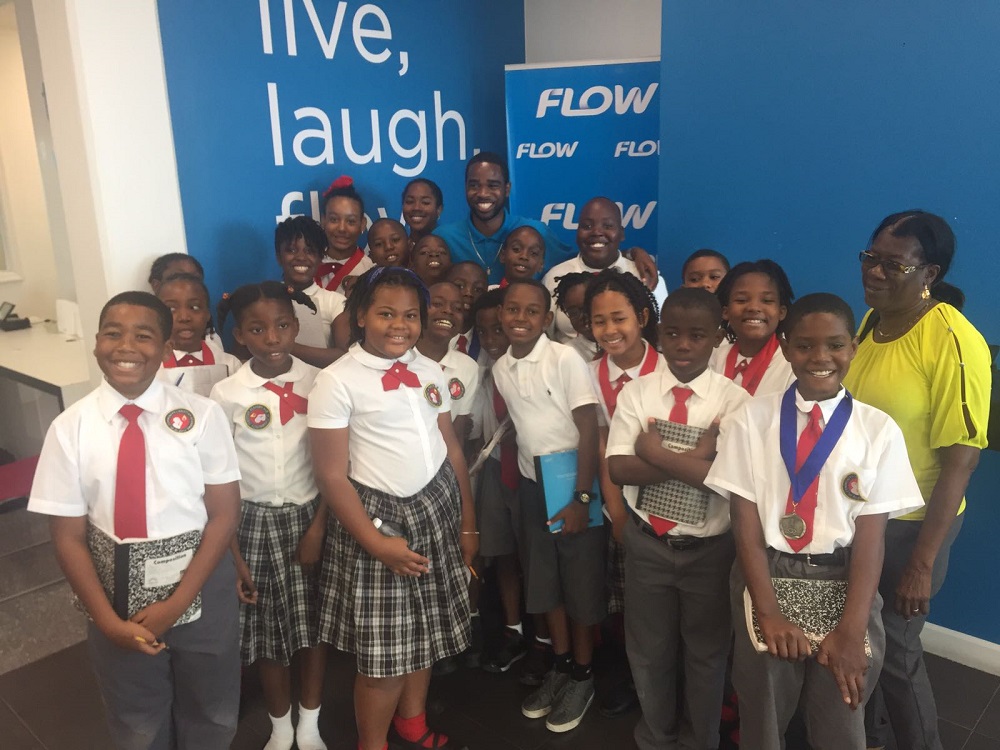 Turks and Caicos, March 17, 2017 – Providenciales – FLOW Marketing & Comms Exec leads tour of Flow Headquarters with fourth and fifth grade students of Community Christian Academy.   To the surprise of all the students, Flow Ambassador & First TCI Olympian, Delano Williams joined the tour to share his experience, answer questions and sign autographs for the students.

It was announced on Tuesday, Mar 14 by British Athletics that Williams and the team that participated (and was unfortunately disqualified) in the Rio 2016 Olympics, will be running the 4x400m in the IAAF World Relays in Nassau, Bahamas on the 22nd and 23rd of April in 2017. 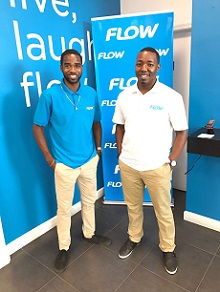 Hilaire says, “We at Flow are proud to be able to have Delano as part of the family and we would like to be the first to publicly congratulate him and his team on being selected to participate at the IAAF World Relays.   Delano is an exceptional athlete with a bright future ahead of him.”

Delano returns to Jamaica today to continue with his training.  We wish him the best!