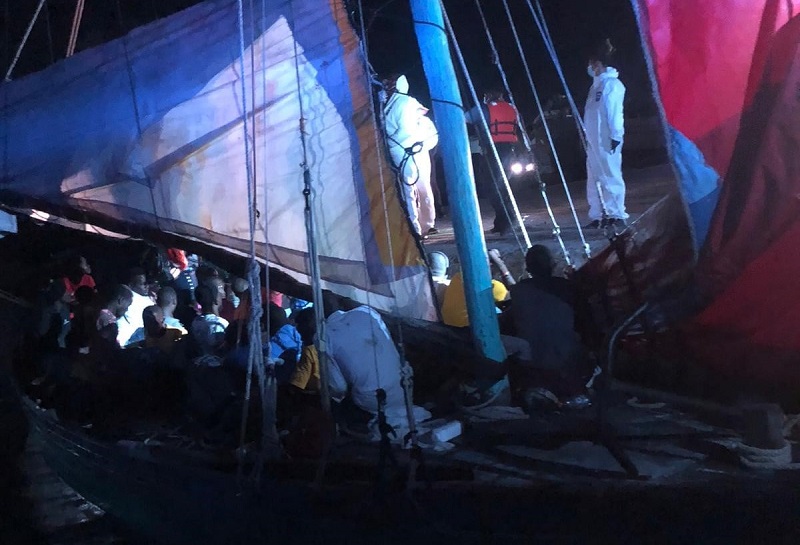 #TurksandCaicos, June 26, 2021 – On Friday, June 25, 2021, around 2:00 a.m., Marine Branch Officers of the Royal Turks and Caicos Islands Police Force onboard M/V Sea Pursuit were dispatched to South of the Bluff, following reports that the Coastal Radar Officials were tracking a target.

Upon approaching the target, a 40 feet vessel with a sail, powered by a single motor, attempted to escape. However, the Marine Branch officers successfully intercepted the vessel with forty-three irregular migrants onboard.

The vessel was towed to the South Dock Port on Providenciales, during which time one male jumped overboard but was immediately apprehended by the Marine Branch Officers.

Superintendent of Police and Head of Special Operations, Martyn Ball, said, “I would like to congratulate the Marine Branch Team for yet another successful operation. Even during extremely rough seas and weather, this unit always executes with care and professionalism. I want to express thanks to our partners at the Coastal Radar Centre for the important role they play together with us in keeping the borders of the Turks and Caicos Islands safe”.

The 34 males, eight females and one minor were handed over to the Immigration Task Force for processing and repatriation.

TCI: Vaccinated? Your E-Certificate may be in your Inbox already

TCI gets ‘Go’ for UK Travellers; Green Light is on