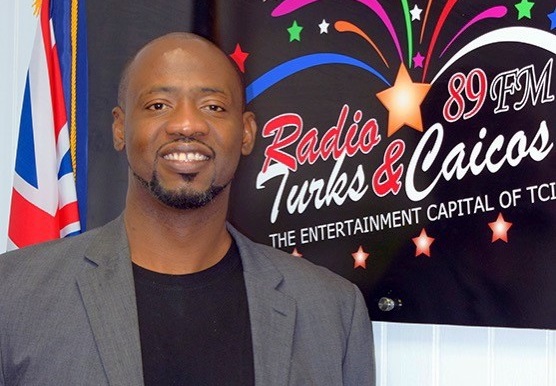 #TurksandCaicos, May 4, 2021 – Mr. Wilson who was born and raised on the island of Grand Turk, has over fourteen years of experience in the media and communications industry in the Turks & Caicos Islands; having previously served as a Marketing and Communications Executive with Digicel TCI and as an Announcer and Sales and Marketing Officer with Radio Turks and Caicos, before being appointed to the post of Policy Support/Media and Civil Society Liaison Manager within the Turks and Caicos Islands Governor’s Office where he assisted with policy and legislative developments in the areas of education and the environment and was responsible for all public communications, including digital and traditional media, as well as organizing the Governor’s public engagement activities and working with colleagues on the marketing and administration of the UK Chevening Scholarship Programme.

He is a former alum of the Turks and Caicos Islands Community College and holds a Bachelors of Arts Degree (Hons.) in Media, Communication and Journalism from the University of Buckingham, as well as several other certifications and is currently looking to pursue professional charter ship as a Public Relations Practitioner.

Commenting on his new appointment Mr. Wilson said: “I consider this appointment to be a great honour for me, as I have loved media, in particular radio, for most of my life.  Public Service Broadcasting plays a key role in many developed societies across the world and to help lead such an organization is a true privilege of service to the people of the Turks & Caicos Islands.

I see my return to RTC as an opportunity to make further contributions in the advancement of our country as RTC has the building blocks to be a top regional media house, and my focus is to get us there and beyond!

Times are changing and, like every institution, the organization must be able to adapt to those changes so it remains relevant and fulfils its purpose. This is why I believe it is time for RTC to move beyond being just a radio station and we will be working on this over the next few years.”

Deputy Governor and Head of the Public Service Her Excellency Anya Williams in commenting on Mr. Wilson’s appointment said: “It is with great pleasure that I take the opportunity to formally announce and congratulate Mr. Damian Wilson on his appointment as the new Deputy Director of Radio Turks and Caicos.

Prior to leaving the islands to pursue his educational studies in the UK, Damian served as an Announcer and Sales and Marketing Officer with RTC and his passion even since returning has always been obvious. His prior private sector experience coupled with his experience from working as the Media and Civil Society Liaison Manager in the Governor’s Office, has ably prepared him for this role.

He has a great vision for not only RTC, but also the entire communications sector in the Turks and Caicos Islands and we look forward to working with him to deliver on that vision.”