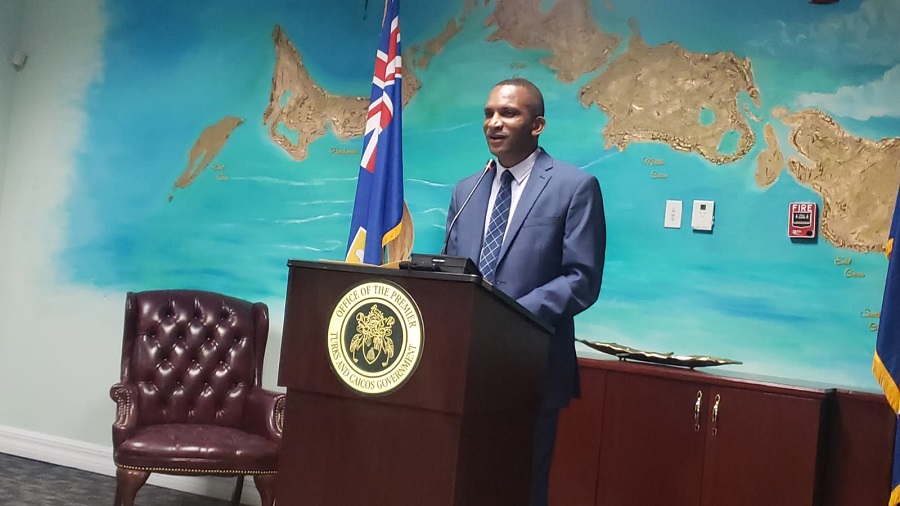 #TurksandCaicos, May 3, 2021 – The Turks and Caicos Islands is on the verge of the Covid-19 pandemic breakthrough as the number of new infections keeps thinning each day.  As of April 23, 2021, the Islands country had recorded only 26 new cases as per the Minister of Health’s report.

Speaking about the country’s progress in the fight against the novel Coronavirus pandemic, the Minister of Health, Hon. E. Jay Saunders revealed at least 16,340 persons had taken at least one dose of Pfizer vaccine as of April 25.

More interestingly, 13,484 persons are fully vaccinated, making up 39 per cent of the total population.

“So, if we have the virus with only one person, and the country has the virus, we’re still at risk,” said Saunders.

“Until we get the numbers down to zero, and until our vaccination rate is up to 70per cent, then we can’t do the things that we’d like to do in terms of fully opening the country,” he added.

However, the Minister also revealed that the country’s PCR positive test rate had gone down from almost 30 per cent at the end of February to about 4 per cent at the conference time.

According to the Hon. Saunders, the government is working to get the positive rate of infection down to at least a 3 per cent in order to comply with the set CDC guidelines and get off the CDC list.  Despite the good news, the Minister of Health did not hesitate to point out the major undoing in the ramped-up vaccination drive.

“Despite the number I have just given you, the rate of uptake of the vaccines is slowed,” warned Hon. Saunders in a Monday April 26, press conference . This comes as a setback in the move to get 7,000 people vaccinated within the next six weeks.

According to the information given by the Deputy Premier and Minister at the press event, the current weekly vaccination rate ranges between 500 and 600 from the previous  2,000-2,500 per week.