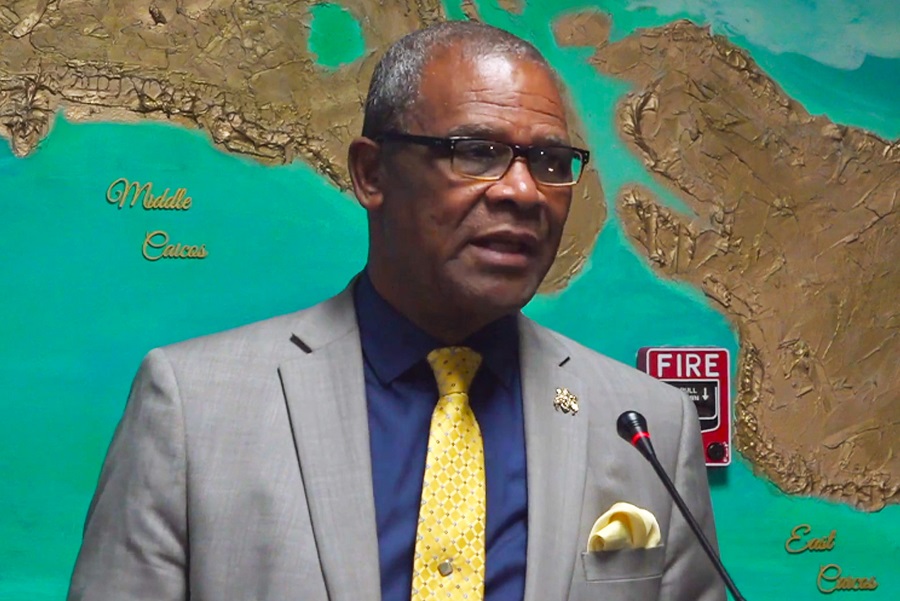 #TurksandCaicos, May 3, 2021 – The Premier and Finance Minister is anticipating that recovery of the TCI Economy will come by next tourism high season; he expects such a robust return of tourists that the Turks and Caicos economy will in 2021 grow by over 2.1 per cent.

In laying the Fiscal and Strategic Policy Statement in the House of Assembly on Thursday, Hon Washington Misick gave the prognosis.  The Premier’s tone was cautiously optimistic but confident that pent up demand for travel to Turks and Caicos is not imagined but very real and will fuel that rebound.

Also earmarked to bounce TCI’s economic expansion are the boom in construction and the surge in real estate transactions.

Construction filled in well for the Turk and Caicos with 16.9 per cent growth; five per cent growth is forecast for 2021, projections which are preliminary he said and “very, very conservative”.

Unemployment rate will be lowered to nine per cent; though the current rate, the Premier admitted is a tough figure to find.  In his presentation, the nation’s chief explained there is simply too much illegal employment to truly know the precise number of people unemployed.

On the current course, the Turks and Caicos is poised for a V-shaped recovery, offered the Premier who also offered that the attraction of high end guests to TCI also demands that the issues at the Providenciales International Airport be addressed.

It is a well-known fact that at this time, the airport is far too small to accommodate the high number of travellers through it.

It is reported by the World Tourism Council that Turks and Caicos lost as much as $22 million per month during March and July, when borders were shut to tourism due to concerns linked to the Coronavirus Pandemic.