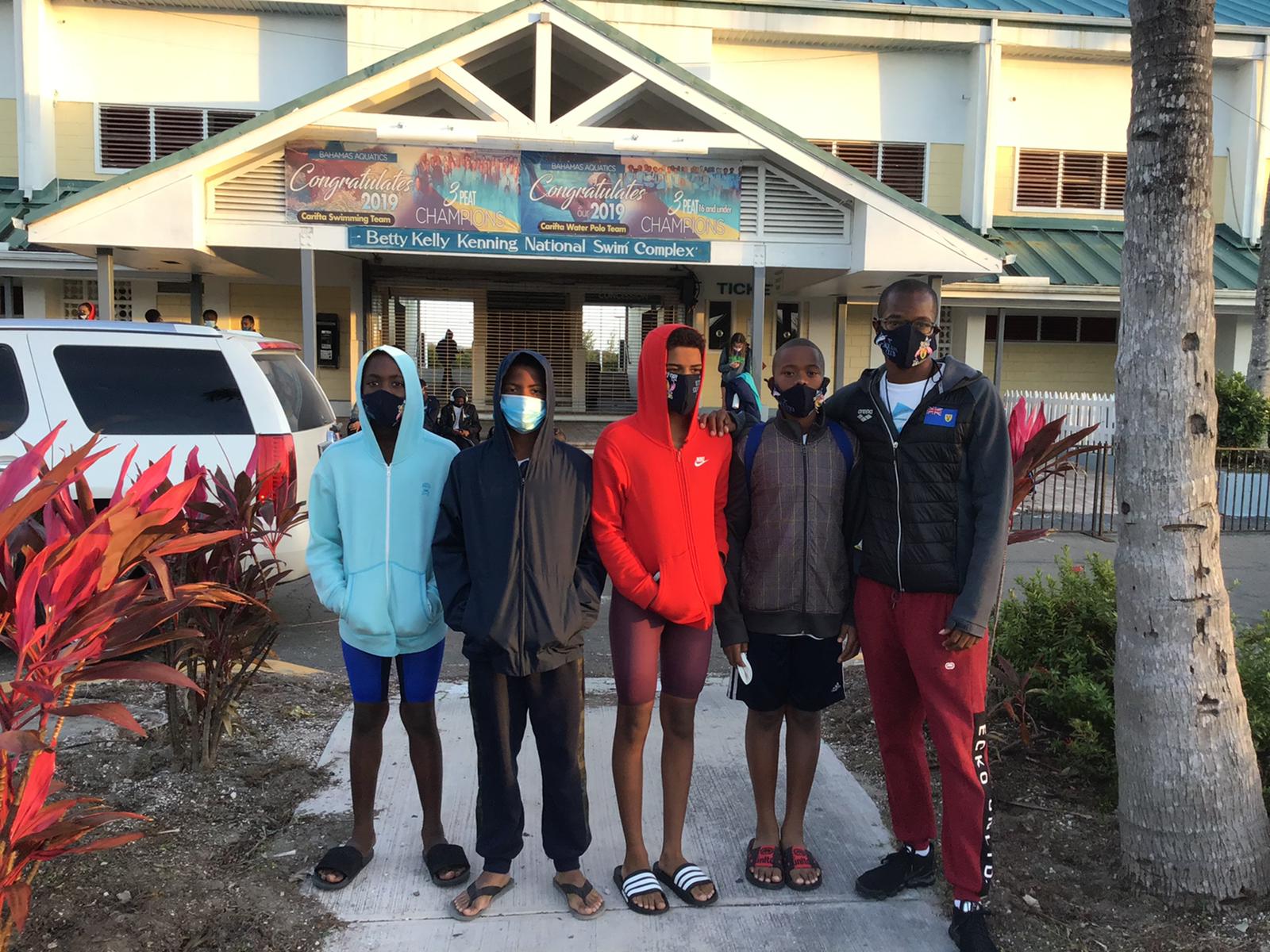 #TurksandCaicos, February 2, 2021 – Not even a pandemic could stop the training schedule of TCI Aquatics Swim Club; Coach Lennin Hamilton was only waiting for the all clear.  Not only did ‘Coach’ resume swimming lessons for children and adults but he marshalled a vigorous routine, preparing his lead competitive swimmers for qualifying meets.

So far the young boys, ages 11 to 13 are demonstrating that practice pays off; two of the boys have already earned qualifying times for the Carifta Games.

TCI Aquatics Swim Club will spend a month in Nassau with the competitive swimmers who will undergo cross-Club training and compete in as many as four swim meets, including an open sea swim which gives the remaining two boys ample opportunities to make CARIFTA times.

Sadly, CARIFTA announced last week a postponement of the games for the second year due to the coronavirus pandemic.

Coach Hamilton informed, the boys are performing outstandingly, shaving seconds off their times… one swimmer Mateo Gardiner  having recorded PBs or personal bests in all of his races and Tajhari Williams often placing in the top three in his events.

Eleven-year-olds: Lennin Hamilton Jr and Jayden Davis have both qualified for the Games and can represent TCI on the national team whenever the preeminent regional swim meet is held.

There will be no interruption in school for the boys due to accommodations and internet connection generously donated by the Fox Foundation, said a thankful Coach Hamilton.