#TurksandCaicos, March 29, 2022 – Turks and Caicos will be in the water when junior competitive swimming returns to the Caribbean.  Even with the major COVID-19 interruptions, TeamTCI is aimed at making a splash at CARIFTA Swim 2022!

The meet is scheduled for Barbados this Easter and Dan Redmond, President of the Turks and Caicos Swimming Federation has complete confidence in his swimmers. 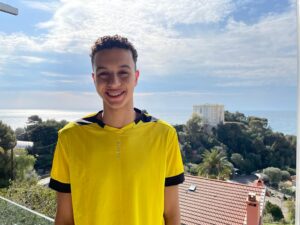 He names Rohan Shearer, the TCIs first CARIFTA swim medalist who did the job in 2019, earning a silver medal in the 50 metre backstroke.  Also on that ‘ones to watch list’ is Tajari Williams who won a bronze medal in the 50 meter freestyle in 2021 at the CCCAN or Central America and Caribbean Amateur Swimming Confederation; still said Redman, there are lots of stars in the bunch.

CARIFTA – whether on the track or in the pool – draws athletes from across the Caribbean region in what is often a springboard for world caliber careers in sports.  Redmond spoke about the extreme level of difficulty expected at the games.

In terms of future prospects so I may be having our very own TCI swimmers in the Olympics one day, Redmond said.

“It is a long-term process. We have lots of young swimmers that are only going to get faster.”

He stresses the need for proper practicing facilities to augment their training.

“I hope that one day we can see a swimming pool built in the Turks and Caicos Islands which means that we can practice more often on our own island and not have to travel abroad.”

It’s been a rocky road since 2002 when the TCI sent its first delegation to CARIFTA but the team has been regularly attending since 2016 and In the Five years since the TCI began attending the competitions regularly.

Redman says they have only gotten better and this year Team TCI has it biggest ever team. 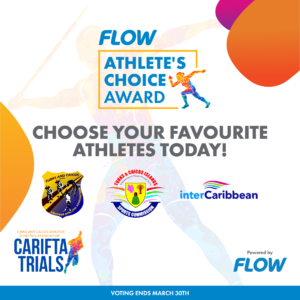 “We’re sending ten swimmers this time, which is more swimmers than we’ve ever sent before. I hope we stick with the tradition of being better than the year before. It’s a very tough tradition to uphold but I hope we can do it.”

In terms of aid the President said, “We do need sponsorship, without our sponsors we wouldn’t be able to make this happen over the years we’ve managed through the assistance of local businesses that helped us out and this year we need the same kind of support.”

If you are fired up by the passion expressed by the Federations President, or just plain excited to partake in the journey of our swimmers, there is a way you can help.

The 2022 CARIFTA Games Swim Championship and Open Water Swimming is being staged in Barbados from April 6th to the 20th.