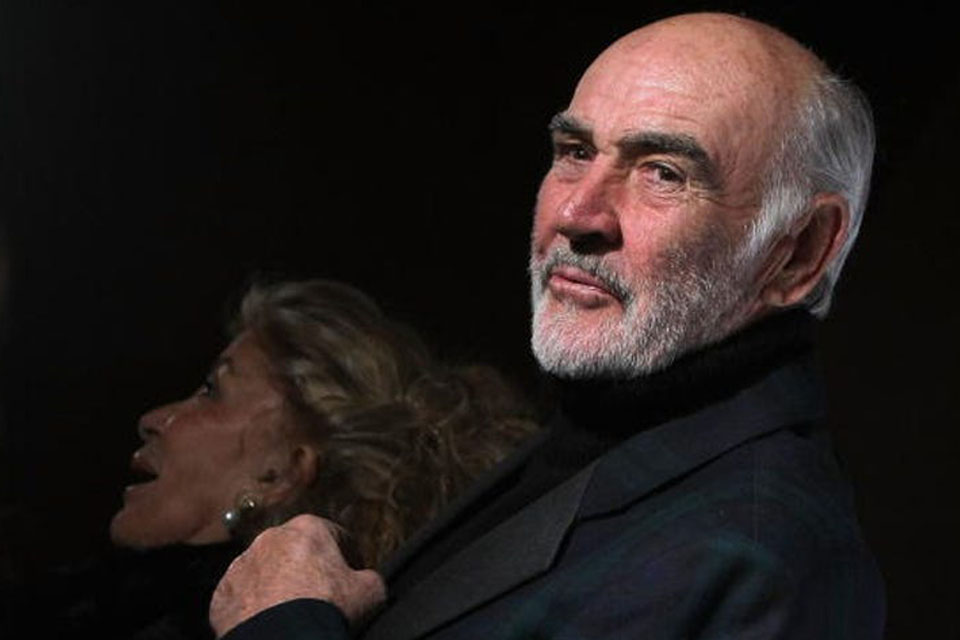 #Nassau, The Bahamas – October 31, 2020 – Not a stranger to riding out historic calamities in his Lyford Cay mansion in Nassau, Bahamas, Sean Connery on Friday night slipped away in his sleep at the seasoned age of 90-years old.

Last year, it was Hurricane Dorian.  This year it is the Coronavirus pandemic.  Sir Sean Connery planted himself at his home in The Bahamas as the safest, most comfortable place to ride out these unprecedented events.

A most famous Nassau resident, Connery is most celebrated for his iconic portrayal of Ian Fleming’s British agent James Bond, in the block buster spy thrillers of the same name.

The BBC reports, ‘Sir Sean died peacefully in his sleep in The Bahamas, having been unwell for some time, his son said.”

Thomas Sean Connery was born in Edinburgh, Scotland on August 25, 1930.  His obituary, also published by the BBC reveals that Connery left school at the age of 13 with no qualifications and among other things, delivered milk and polished coffins for a living.

Had it not been for a small stint as an actor in the local theatre and his ‘adonis’ good looks; Sir Sean may have become a superstar at football.  Connery turned down a career with the famous, Manchester United and pursued a stage career.

In 1953, Sean Connery competed in the Mr. Universe competition and a year later snagged his first big acting job as a lieutenant in a Broadway production.

Soon, Connery was acting for BBC – first as a police officer, then as a boxer.  Always a tough guy, Connery made headlines when he was rumored to be in a love affair with Lana Turner.  Her Hollywood royalty status gave Connery the shine he needed, especially after he wrestled a real gun from her real boyfriend who tried to keep Connery away from Turner with the use of the hardware.

His overpowering of a mobster made him legendary.  Soon the 007 offer came.  Sir Sean was up against the BBC’s Peter Snow, Richard Burton, Rex Harrison and Cary Grant but it is reported his magnetism and sexual chemistry were viewed as more ideal for the part.

Connery had other motion picture success and one pay-day of $1.25 m was used for a philanthropic effort; to set up the Scottish International Education Trust, which supports the careers of upcoming Scottish artists.

In modern times, we adored him in The Rock with Nicholas Cage; found him endearing as Harrison Ford’s father in Indiana Jones and appreciated a commanding performance in the Hunt for Red October.

Within his collection of industry prizes are an Academy Award; Sean Connery won the Best Supporting Oscar in 1988 for his role in Untouchables.   Sean Connery has three Golden Globes award including the Cecil B. DeMille Award and two BAFTA nods.

Sean Connery was awarded a knighthood in 2000.

Much of the actor’s family was with him when he passed away.  One of two sons, Jason Connery said of his father, “A sad day for all who knew and loved my dad and a sad loss for all people around the world who enjoyed the wonderful gift he had as an actor.”

Sir Connery’s publicist, Nancy Seltzer informed:  “There will be a private ceremony followed by a memorial yet to be planned, once the virus has ended.”

Left to mourn Sir Sean Connery are his wife Micheline and his two sons Jason and Stephane.