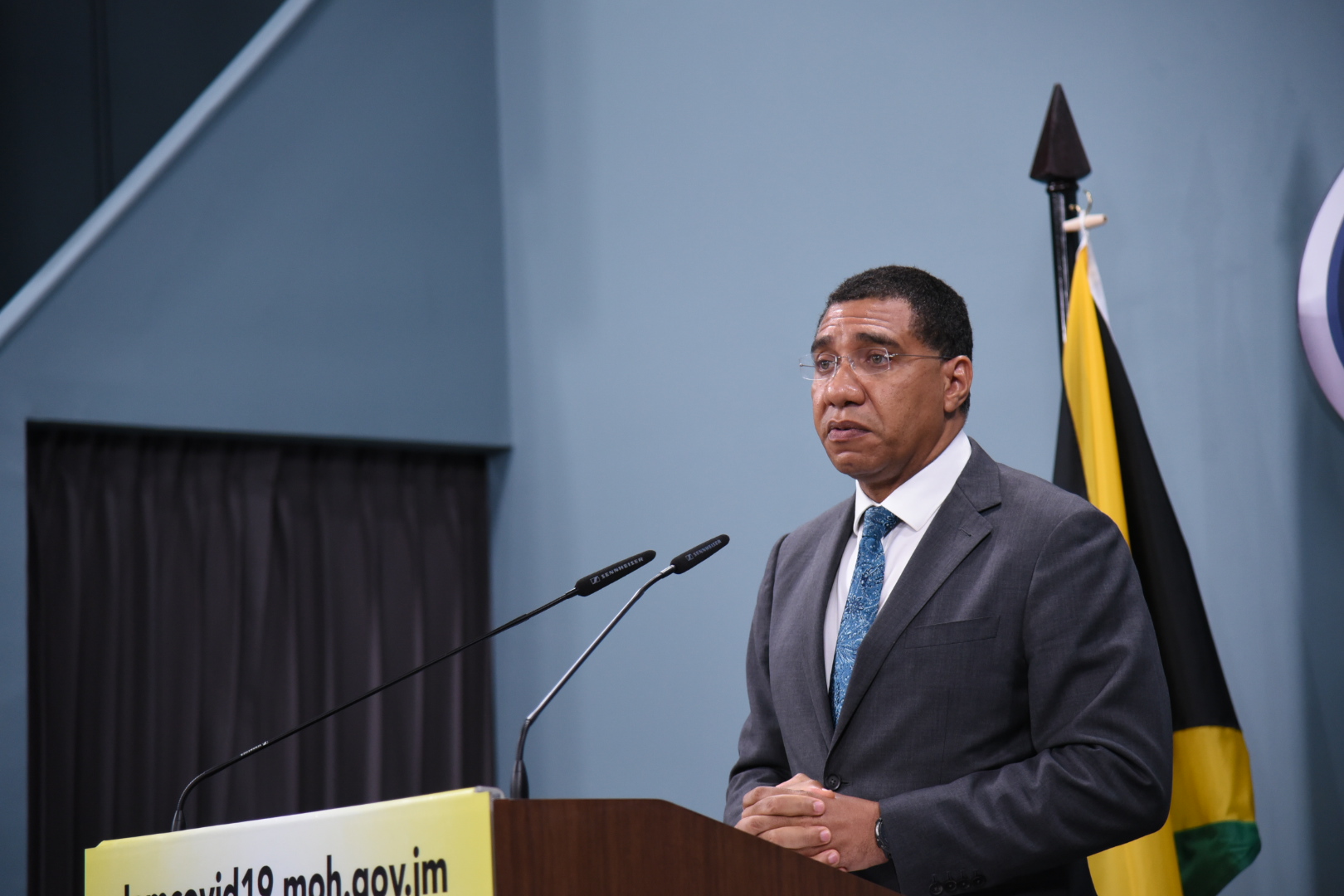 #KINGSTON, April 22 (JIS):   Prime Minister, the Most Hon. Andrew Holness, says it is not his intention to hold an election while sections of the island are under States of Public Emergency (SOEs).

“I had said I would not want elections under a state of public emergency. It is not my intention to hold any elections with SOEs in place. I do not want, however, criminals to feel that during a period of election, Government will not act; that is very important,” Mr. Holness said.

He was speaking in the House of Representatives on April 21, where four resolutions were approved providing for the extension of several States of Public Emergency (SOEs) by 90 days.

“If an election is called and there is any attempt to destabilise, to create any issues, and it is a tool that has to be used with consultation, it is a tool we will place on the table to be used,” the Prime Minister said.

The next general election in Jamaica is due by March 2021.