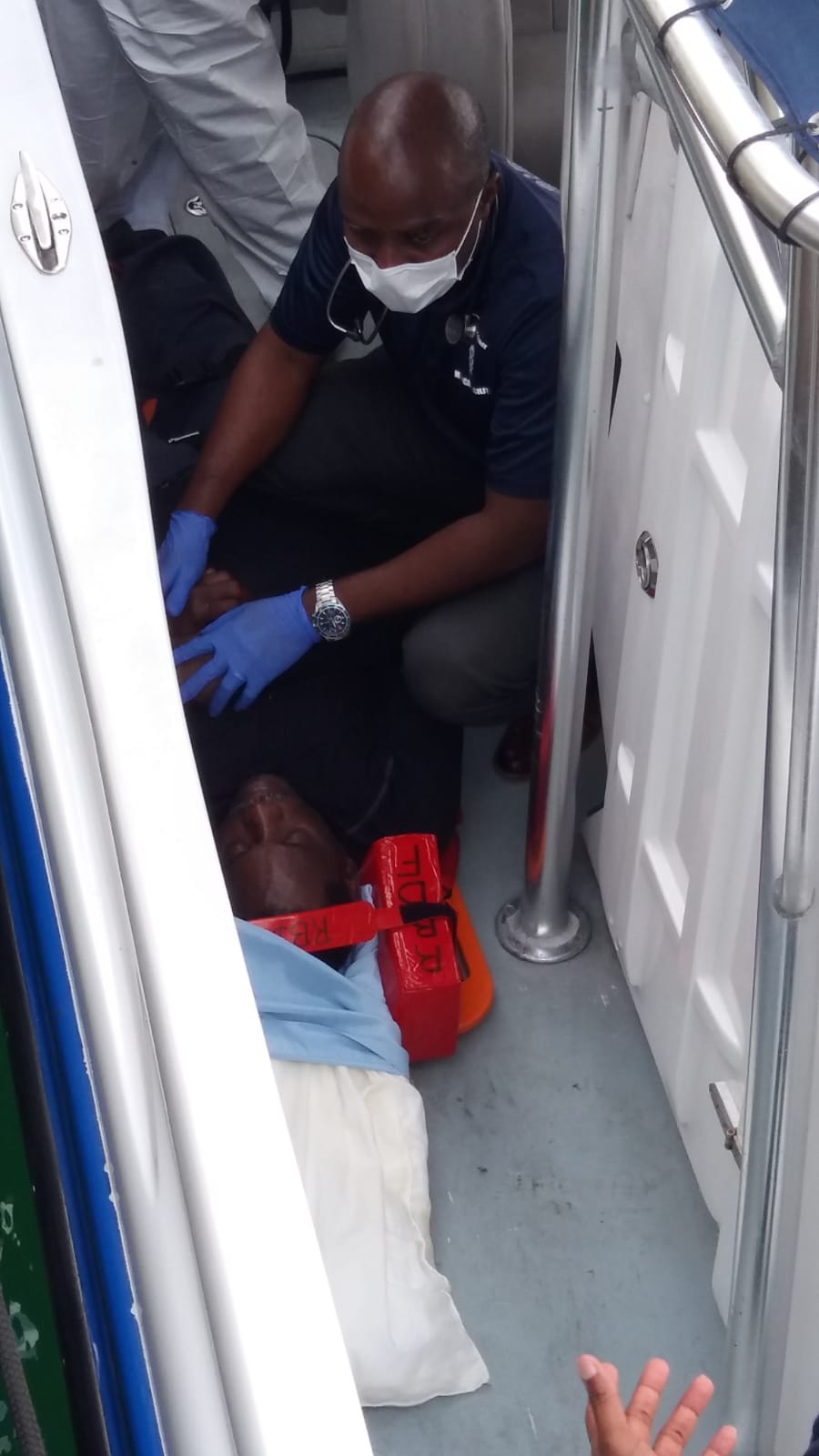 #Coral Harbour Base, 17 APR. ‘20 (RBDF) – A Bahamian fisherman was taken to hospital after he received medical assistance by members of the Royal Bahamas Defence Force’s Sick Bay medical staff on the high seas Friday morning.

The Operations Department received a call approximately 8:00 a.m. that one of the four occupants aboard a 30-ft fishing vessel just off Green Cay required medical assistance. Patrol Craft P-127 was dispatched with the medical team led by Dr. Derwin Johnson, the force’s Medical Doctor.

The patrol craft carrying the medical team rendezvoused with the fishing vessel 40 miles south of New Providence. The 59-year-old male was experiencing a non-life threatening communicable situation, and was immediately accessed and given medical attention. He was brought to the Defence Force base and transported to the hospital for further treatment.

The Royal Bahamas Defence Force remains committed to patrolling our borders and protecting the territorial integrity of The Bahamas.