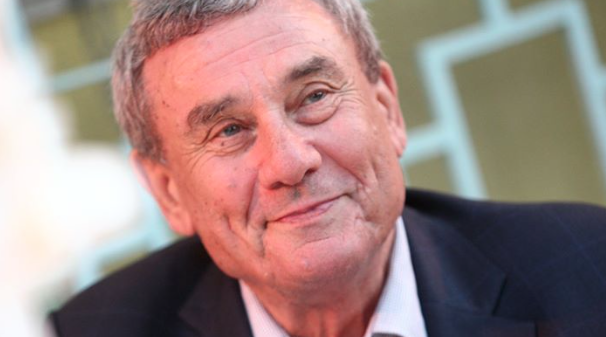 #Nassau, The Bahamas – March 22, 2020 — It is with profound sadness that The Bahamas mourns the death of Sol Kerzner, who died today at 84 at his family home in his native South Africa.

On behalf of the Government and people of The Bahamas, and on my own behalf and that of Patricia, I offer condolences to Sol’s children, family, friends and colleagues.

Sol Kerzner was a global citizen who founded South Africa’s largest hotel groups.  A maverick businessman and personality he was known for his creative genius and intrepid spirit of innovation.

He was the Founder, Chairman and CEO of Kerzner International, which for many years was the principal owner of the iconic Atlantis Resort on Paradise Island, Bahamas.  He was also Founder of One&Only Resorts, a global brand which included a world-class luxury property on Paradise Island.

For nearly half a century he was a pioneer in the resort industry globally and helped to redevelop and transform tourism in The Bahamas.  He left an indelible and lasting imprint on The Bahamas, which he loved and which he considered a second home.

In the Queen’s 2010 Birthday Honours list he was honoured with an honorary knighthood, “with the award of the insignia Knight Commander of the Most Distinguished Order of St. Michael and St. George (KCMG).”

No history of the modern and independent Bahamas would be complete without reference to the positive and pervasive impact that Sol Kerzner had on the social and economic development of The Bahamas.

More than 30 years ago, this visionary and creative force of a man arrived in The Bahamas with grand ideas at a time when Bahamas tourism needed to emerge from the doldrums.

Despite opposition from some quarters, Kerzner and the government of the day collaborated in the rejuvenation of tourism in The Bahamas.

The size, the scope, the financial commitment and the nature of his investments were such statements of confidence in our country that they shone a new light on The Bahamas, which endures.

The genius of the Atlantis resort project theme took full advantage of the unequalled reputation that The Bahamas already had for the clarity of our waters and the magnificence of our beaches.  Atlantis quickly became one of the great resort wonders of the world.

Indeed, some of its construction techniques were so innovative that Bahamian entrepreneurs who acquired the skills later afforded those newfound skills to developments in several other countries. Sol Kerzner helped to nurture Bahamian talent and expertise at every level.

The number of Bahamians employed directly on Paradise Island because of Sol Kerzner grew from slightly more than 3,000 to nearly 8,000 and is, by far, the largest private employer in the history of The Bahamas.

While The Bahamas claims Sol Kerzner as an important contributor to our social and economic development, we long recognized that he belonged to the world.

Even as we mourn his passing, we celebrate Sol Kerzner’s tremendous contributions to The Bahamas and to many countries throughout the world.