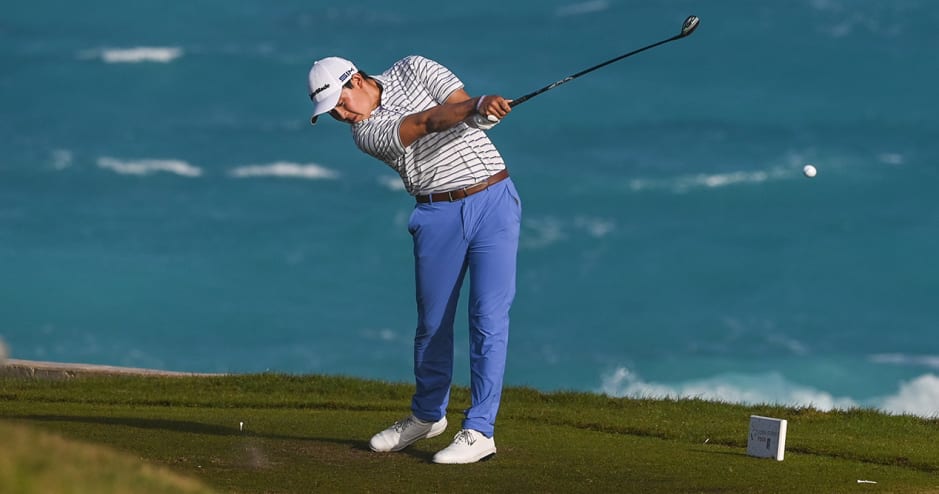 Great Exuma, The Bahamas — After a 5-under 67 on Sunday led to a T2 position entering the second round, Dylan Wu carded a front-nine 31 and an eventual 66 on Monday to open up a seven-stroke lead on the field. At 11-under, Wu leads George Cunningham and John Oda at 4-under and three players at 3-under. Play was suspended due to darkness at 5:48 p.m. with five groups remaining on the course at The Bahamas Great Exuma Classic at Sandals Emerald Bay.

While Wu’s front-nine 31 is the low nine of the tournament so far, his round almost got off to a much different start. The 23-year-old credited a grind-it-out par on the first hole to jump-starting his day.

“On No. 1, that was a really good par,” said Wu. “It’s probably my least favorite tee shot because I hit the ball left to right, and the wind is straight off the left. In the practice round my first two tee shots were in the water. Today I was in the rough and somehow hit it left into the hazard on my second shot. I found it in the hazard, but I could only advance it about 20 yards into a waste bunker. Then I had a 40-yard shot and I hit it to nine feet and made the putt for par.”

Wu followed up his virtuoso par with a chip-in birdie at the second and added birdies at the fourth and eighth holes before an eagle at the par-5 ninth. After bogeys at the 10th and 12th holes, the Northwestern alum birdied three straight at Nos. 14-16 to reach 11-under.

“After I made eagle on nine, I knew 10-13 going straight into the wind were going to be tough,” said Wu. “I was actually pretty happy to play those at 2-over. It could have been worse. I made par on 13 and then birdied the next three.”

Monday’s conditions included 15-20 miles per hour wind with gusts up to 30 miles per hour. Similar to the first round, the scoring average hovered around 75 before eventually landing at 74.969. The scoring average of almost three strokes over par would have been the toughest on Tour last season by almost a full stroke. Wu leads only 10 players under par and the cut line is currently projected to fall at 5-over.

“I typically hit the ball pretty low,” said Wu. “This off-season I actually tried to hit the ball higher, but coming in here, I threw that out the window. You can’t prepare to play in wind like this. I mean I played at Northwestern in Chicago, so I know how to keep the ball low, but this is different. Basically 10-14 you keep the ball low and ‘swing easy in the breezy.’ I think Tom Watson says that.”

Wu was a rookie on the Korn Ferry Tour in 2019, but only made 13 starts after beginning the season with low conditional status. He got into the Lincoln Land Championship presented by LRS as an alternate and proceeded to finish runner-up after losing to Xinjun Zhang in a playoff. That finish set him up with starts for the remainder of the season and allowed him to retain his Korn Ferry Tour card in 2020. 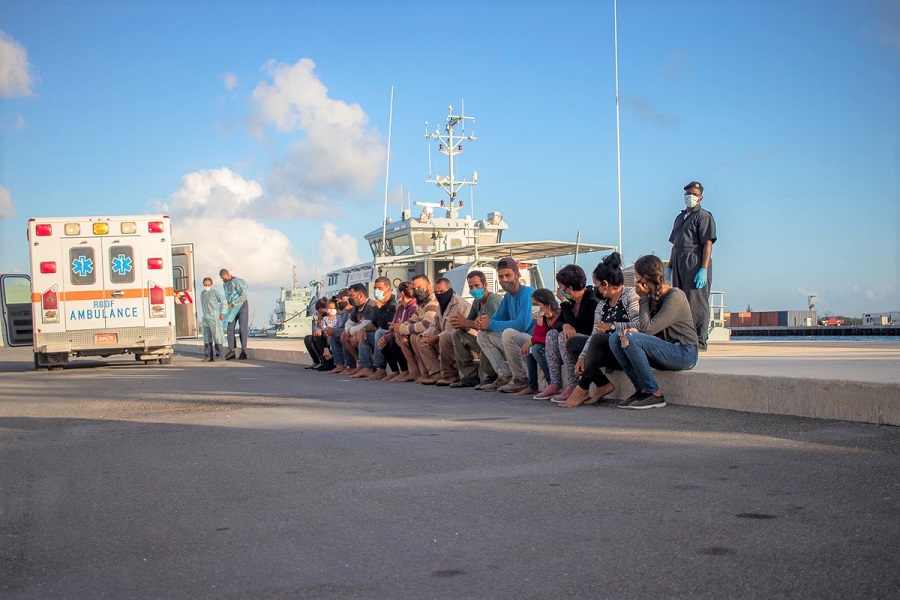 #TheBahamas, June 24, 2021 – A group of Cuban Nationals are currently being detained at the Carmichael Road Detention Center after they were apprehended in the south west Bahamas by a US Coast Guard vessel earlier this week.

The fifteen individuals were captured after being sighted on Anguilla Cay on Tuesday 22 June. They were taken aboard the US Coast Guard Cutter, CHARLES SEXTON, and handed over shortly after 7:00 pm to the Defence Force patrol craft, HMBS DURWARD KNOWLES, under the command of Senior Lieutenant Jataro McDonald.

The Cubans were subsequently brought into the capital early Thursday morning, where they were handed over to the relevant authorities. The Cuban Embassy has since been notified.

The Royal Bahamas Defence Force continues to maintain a vigilant presence while patrolling and protecting the territorial waters of the Commonwealth of The Bahamas, and working with other law enforcement agencies. 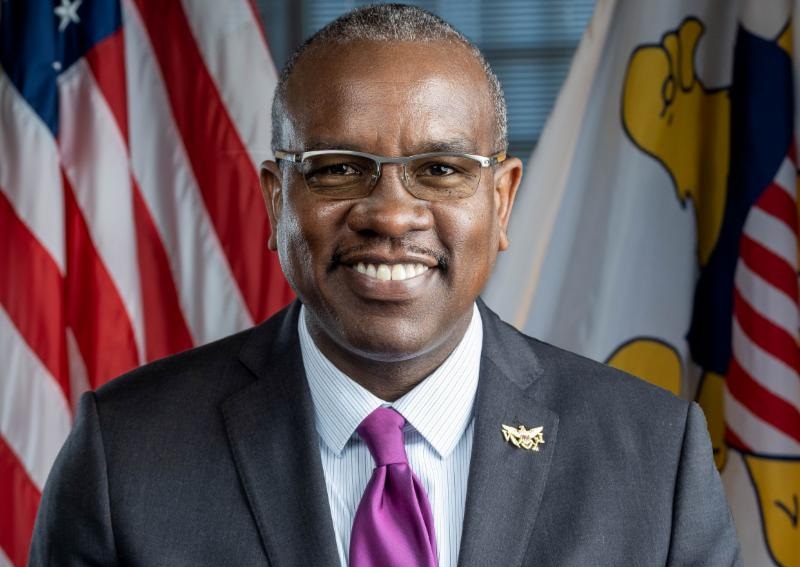 U.S. VIRGIN ISLANDS (June 11, 2021) – Governor of the U.S. Virgin Islands Albert Bryan Jr. has made a plea to his Florida colleague, Governor Ron DeSantis, to honor Centers for Disease Control and Prevention (CDC) guidelines and reconsider the state’s legislation, which could impact the health and wellbeing of millions of Caribbean residents when cruises to the region resume.
As increasing numbers of Americans receive COVID-19 vaccinations, Governor Bryan believes that ensuring the cruise industry reopens with vaccinated passengers is essential to the tourism economies of the U.S. Virgin Islands and the wider Caribbean.
Congratulating the Florida governor for his commitment to health, civil liberties and economic revitalization, Governor Bryan called for an exception – one that would enable vaccination checks for outbound passengers on cruise ships, which do most of their business on the open seas and directly impact the multiple Caribbean islands they visit.

“The bill you signed into law (which goes into effect July 1, 2021) may negatively impact the United States Virgin Islands and other port of call destinations in the Caribbean region,” said Governor Bryan, who highlighted CDC approvals for cruise ships to begin sailing this summer from U.S. ports with strict health and safety guidelines, such as the vaccination of 95% of passengers and crew members

With Florida serving as the nucleus and biggest embarkation point for cruises in the United States that dock in the U.S. Virgin Islands and throughout the Caribbean, the Governor indicated that “our ports … are in direct line of fire,” adding that while the two hospitals in the U.S. Virgin Islands are equipped to care for the Territory’s residents, they lack the resources to address a potentially larger public health crisis. “The lack of infrastructure puts us at a disadvantage for any crisis – health or mother nature. This is true of not only the Virgin Islands but most of the countries in the region,” the Governor penned.
With this reality, the governor expressed his concern for all citizens in the Caribbean region: “This is why I implore you to reconsider with a lens to the negative impact that your legislation may have on residents in the Caribbean … the cruise line and tourism employees, many of whom are of Caribbean descent, are now almost fully vaccinated and ready to get back to work.”

Turquoise Gold; how TCI’s slice of the Atlantic Ocean does more than boost Tourism

#TurksandCaicos, May 18, 2021 – Dig ten feet down and you will find turquoise gold!  Hidden in the porous limestone bedrock of Providenciales is same stuff which has rocketed Turks and Caicos Islands to superstar status when it comes to luxury tourism.  It may surprise Provo residents that the enveloping commodity and pristine natural resource serves another practical purpose; it is the same safe, tasty, reliable drinking water flowing from our taps.

Turks and Caicos’ slice of the Atlantic Ocean is also the life sustaining water used to clean, cook, drink and grow gardens thanks to Provo Water Company, which has been supplying city water since 1997.

As the company commemorated its 10th year of Drinking Water Week, executives agreed to a throw-back to a decade ago with Magnetic Media and it is a refreshing story.

“Ten years ago we had probably 120 miles of pipeline, currently we have 136 miles and there is additional pipeline scheduled for the next two to three years in various areas. Communities like Five Cays, Blue Hills, Chalk Sound – just about everywhere and that is just additional pipeline that we’re putting in to make sure we can connect new customers,” said Robert C. Hall, the personable Managing Director of Provo Water Company.

Mr. Hall, during the interview, often referenced the company’s 20-year development plan; a plan which embraces the liberties of being wholly, a privately owned company.

Just under a decade ago, Provo Water Company bought the Turks and Caicos Islands government’s 46 per cent stake in the water company for a reported $7.5 million; today it is a healthy set-up which in 2018 peaked at distribution of two million gallons of water in a single day.

“We are looking at how we are going to supply the islands for the next 20 years and the major component of that plan is a second water plant on the northwest side of the island,” explained Mr. Hall at the Provo Water Company’s accredited laboratory overlooking western Leeward Highway.

The 20 year plan obviously does more than look at expansion, it also considers contingency.

Ten years ago there were 3,500 consumers in the system; today there are 5,500 and technology is helping to manage these customers in Providenciales.  Provo Water Company does not tally per recipient of the service; they count their consumers by how many subscribers are signed onto the service.  Which means, there are far more households and businesses than reflected in 2021cumulative customer figure.

“We are able to produce just under four million gallons of water per day.  Currently we are using about – in this particular time – 1.1 to 1.2 million gallons per day.  So we’ve got built in capacity obviously to accommodate any growth in the short to medium term.”

Reverse osmosis of the salty ocean water is the process used to transform our turquoise gold into nourishing, drinking water; a process which requires its own story.  Suffice it to say, what is produced by source and sister company: Turks and Caicos Water, would be meaningless if there was nowhere to store it.

Right now, there are 2.5 million gallons stored at the plant in Grace Bay.  Another one million gallons is held at the storage tank near FortisTCI, the electricity supplier, off Leeward Highway.

“We are currently the owners of the land on the roundabout near CIBC, and there are some additional storage and pumping facilities that will be built there very shortly; we are hoping to start that this year. So that is a part of the project of trying to get water to and from both ends of the island.

We always have to be ahead of the curve, because the demand will always be there and the capacity to supply that demand has to always be ahead.”

In our series, we explore more advancements in the past ten years; including the biggest splash for Provo Water Company:  the introduction of artificial intelligence and technology.