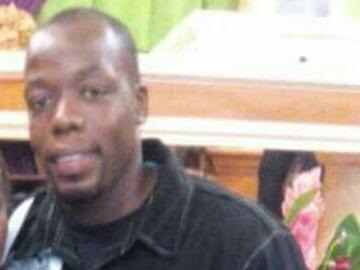 Forbes was taken into custody in August 2016 following a stealthy arrest in Millennium Heights by TCI Police.  Allegedly the culprit behind the sadistic murders of two women from the Dominican Republic.

Twenty-six-year old Sorineida Moreno Arias was discovered in bushes on Crystal Bay Road in North West Point.  It was said the body of the young woman was scantily clad and partially burned.

A search party from the DR community discovered the remains of the mother of two on July 13.  She had gone missing three days before and was last seen getting into a small vehicle around 4am on Sunday July 10, 2016.

The first of the two women found murdered and dumped was Yuneiry Veras, also a 26-year old mother.  Veras was also found by a DR search party after she mysteriously disappeared.  Yuniery was employed at a night club on Aviation Drive and the scene was shockingly sad after her body was discovered in remote Pirate’s Cove, Providenciales.  The woman, 26-years old was found on April 23, 2016.

It was then Police Commissioner, James Smith who exposed that investigators believed the two killings were linked.

Forbes has been incarcerated since August 2016 for the horrific crimes.  The young man is originally from ‘Backa Town’ Freeport, Grand Bahama and had worked as a bouncer in a local casino.