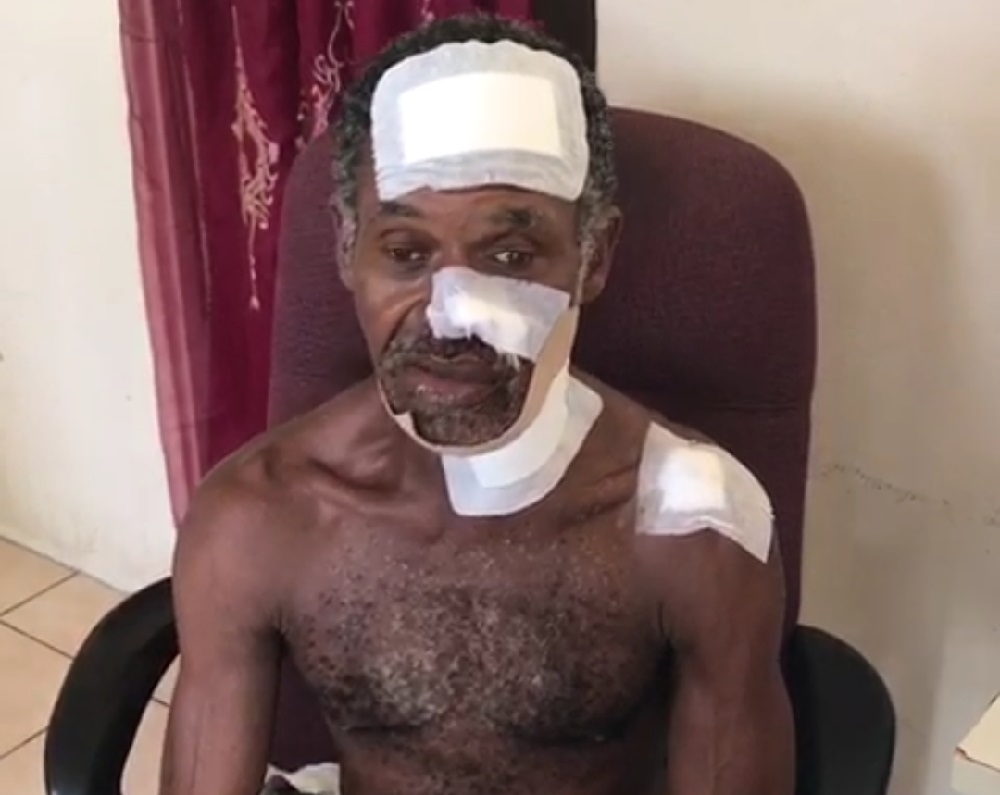 #Providenciales, August 14, 2019 – Turks and Caicos – The man in the photograph, which is a still of video posted on social media claims that no one showed up to take a statement about the incident, which Magnetic Media first learned about on Monday evening.

Images and video of a caravan of police vehicles with lights flashing were parked – on Monday – near a two-story building in Five Cays, near the old police station.   It was said by those close to the scene, that John Robinson was stabbed multiple times, but so far, there has been no official information on the vicious attack from anyone, including Police.

“I would like for you all to look at this and see this is between life and death.  I think things need to be better, we need a change… everybody know and everybody see, this is reality, what we living with every day.”

Magnetic Media has informed TCI Police about the claim by Mr. Robinson, that no statement was taken from the senior citizen about the crime.

Robinson, a well-known Five Cays landlord and retired fisherman believes his attacker meant to kill him and his one-minute commentary was again pointing to the proliferation of crime and the cruelty of those fearlessly committing crime.

Police, up to our news publication time had not responded.