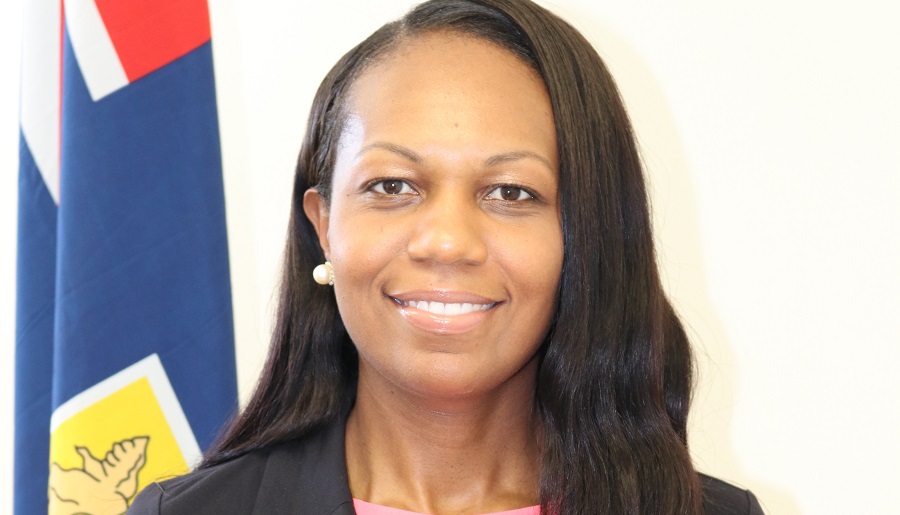 #Providenciales, July 24, 2019 – Turks and Caicos – The Office of the Deputy Governor is pleased to announce the appointment of Ms. Nasiya Misick to the post of Deputy Director of the Exchange and Information Unit within the Ministry of Finance, Trade and Investment.

Ms. Misick joined the Turks & Caicos Islands Government in 2006 as a Crown Counsel in the Attorney General’s Chambers, working in the Commercial and Civil Divisions until 2010. In 2014, she rejoined the civil service as Assistant Commissioner of Revenue (Legal) with the Revenue Department.  Ms. Misick was responsible for the general operations of the Grand Turk Office, in addition to being the Department’s legal counsel. In 2015 she was given additional duties and appointed as Collector of Stamp Duty.

Most notably to date, she was given the opportunity to participate in the Countries second round of reviews by the Global Forum for the Exchange of Information on Request (EOIR).  Assisting in the preparation of the Report, the onsite review, and the Peer Review Group (PRG) in Paris, for which Turks & Caicos Islands received a Largely Compliant rating with the international standard.

Ms. Misick holds a Bachelors of Law (Hons) Degree from the University of Manchester in Manchester, UK and a legal practicing certificate from Manchester Metropolitan University.  Through the Civil Service Professional Development Fund, she is currently pursuing an LLM in International Trade and Commercial Law at the University of Essex.

Commenting on her appointment, Ms. Misick stated; “When I began my career in Law thirteen (13) years ago, I certainly did not imagine that I would have a career in finance. It was not until I joined the Ministry of Finance in 2014, that I recognized that I had a passion for finance and the Law. Life has taught me that it is important to trust in God and to trust the process, for life is not a sprint, but a marathon.

I would like to take this opportunity to thank all my associates for the valuable lessons that I learned during my time with the Revenue Department. Additionally, I would also like to thank the Director of the Exchange of Information Unit for his support and his belief in my abilities to help shape the Exchange of Information Unit. I look forward to a continued productive relationship and ultimately achieving the goal of combating tax evasion through tax transparency worldwide and the continued development of a Unit that all Turks and Caicos Islanders can be proud of.”

Commenting on the appointment, Deputy Governor and Head of the Public Service Her Excellency Anya Williams said; “I am pleased to congratulate Ms. Misick on her new appointment and her progression within the Turks and Caicos Islands Public Service. Ms. Misick has been an asset to the Exchange of Information Unit during a very demanding period where various international obligations have had to be met. She has proven not only her ability, but her sound technical knowledge of the expectations and requirements of this newly established unit and we wish her well in her new role.”