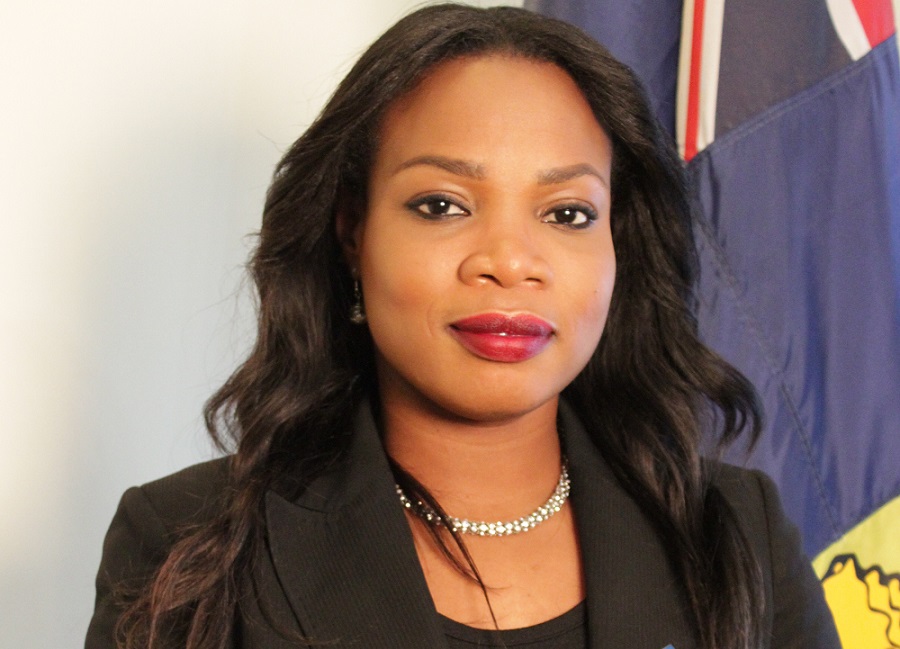 #Providenciales, July 24, 2019 – Turks and Caicos – The Office of the Deputy Governor is pleased to congratulate Ms. Myrlchina Lewis on her recent appointment to the post of Deputy Collector of Customs within the Ministry of Finance, Trade and Investment.

Myrlchina holds an Associate Degree in Business Studies from the Turks and Caicos Islands Community College; a Bachelor’s Degree in Economics from Florida International University in Miami, Florida and as a former Chevening Scholar, a Master’s of Science Degree with Merit in Financial Management.

Ms. Lewis stated; “I am delighted and humbled for this opportunity to serve as Deputy Collector of Customs. I enjoy being a public servant and continue to be grateful for the opportunities and support afforded to me in the past 7 years. I look forward to the additional responsibilities of this new appointment and promise to execute my duties in a manner that is ethical, efficient and beneficial to the Customs Department, the Ministry of Finance and TCIG as a whole.”

Commenting on the appointment, Deputy Governor and Head of the Public Service Her Excellency Anya Williams said; “It is with great pleasure that I take the opportunity to formally congratulate Myrlchina on her recent appointment to the post of Deputy Collector of Customs. Myrlchina joined the public service less than 7 years ago and within that time period has already been promoted on three separate occasions.  She is a testament to the fact that not only is there vast opportunities for upward mobility and growth in the public service, but also that hard work and dedication pays off.  We wish her well in her new role and know that there are even greater things in store for her in the future.  I encourage other public servants to follow her example in making the most of the opportunities that are available to them.”