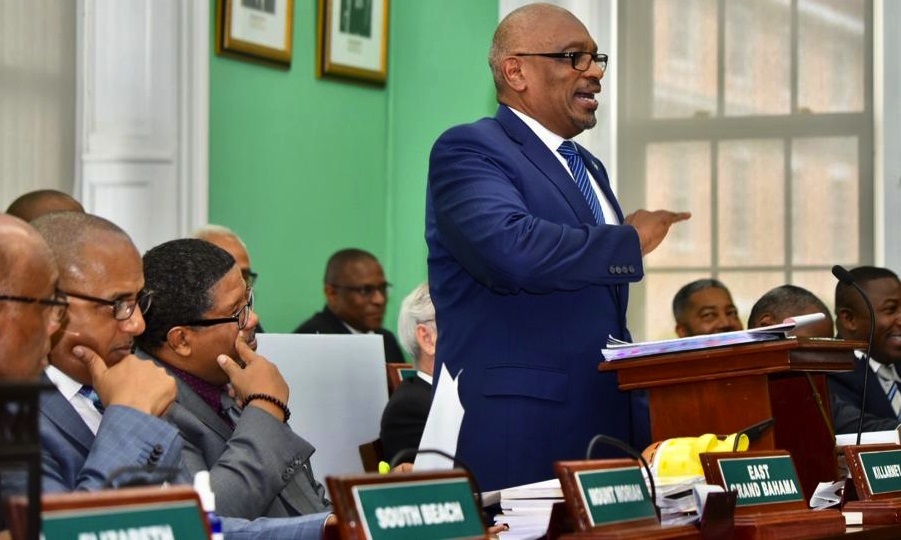 #Nassau, June 20, 2019 – Bahamas – Prime Minister the Most Hon. Dr. Hubert Minnis announced that $8 billion in international investments have been approved as at May 2019.

That amount includes the $100 million Carnival Cruise Port for Grand Bahama, and new developments throughout the island chain, he said.

The Prime Minister was contributing to the 2019/20 Budget Debate in the House of Assembly on Wednesday, June 19, 2019.

He outlined achievements over the past two years and unveiled plans for the ensuing three years, aimed at the further development of the country.

“We now have the lowest annual deficit in 10 years, as the country turns the page on the reckless spending and financial wasteland that was a hallmark of the past government,” the Prime Minister said.  “We are in negotiations for a mega project that will transform Freeport, including the Grand Lucayan properties, into one of the premiere destinations in our region.”

The Prime Minister noted that his Government is also investing in jobs, education and training, home ownership, and granting access to land for Bahamians.

Further investments include young environmental monitors in Over-the-Hill area who have been employed to help rebuild their communities, to Spring City, Abaco, where young people in their 20s have received conveyances and deeds for new homes, to preschool students in poorer neighborhoods, he further outlined.

“This Government is building a better, brighter Bahamas for all Bahamians. We are building a more just society, in which the needs and the aspirations of the poor and the disadvantaged, are a priority,” the Prime Minister said.

He then reported that The Bahamas has had two straight years of positive growth.

“In the last two years we have improved revenue across the board. These are funds that can now be invested in young entrepreneurs, preschool students, Family Island airports, poverty reduction and Over-the-Hill,” he said.

And, over the next three years, he envisioned that plans would be made manifest throughout The Bahamas.

The Prime Minister said that it is his great privilege to lead the effort in building a fairer and more just society.

“Today, because of our crime strategy, crime is finally coming down. But, there is still much work to do to make our people safer….  Let us continue to pray that the God of New Beginnings may continue to bless our Bahamas,” he said.