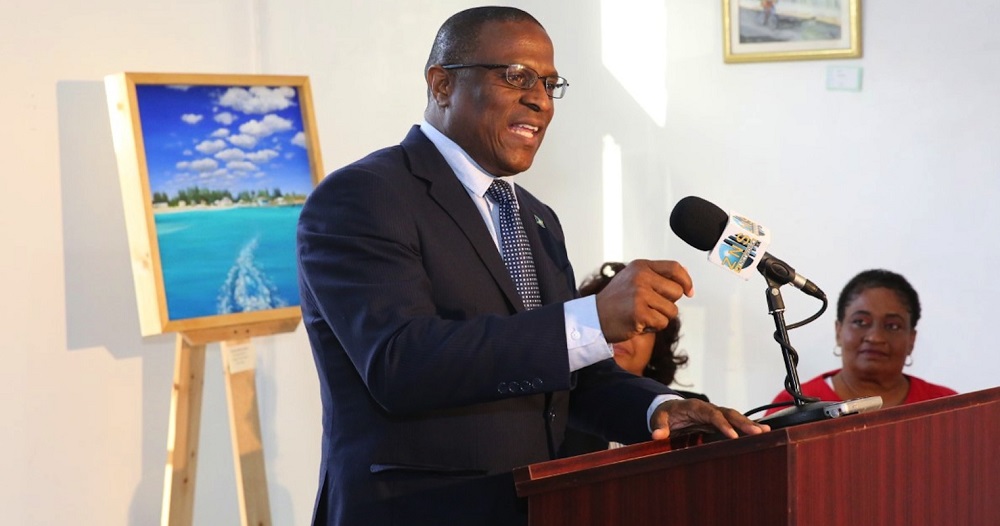 #Freeport, GB, May 1, 2019 – Bahamas – Artists and artisans were encouraged to fully utilize conch shells which have been discarded by Bahamians for generations.

During the official opening of the Conch Shell Carving Workshop held on Tuesday, April 30 at Bahamas Agricultural and Industrial Corporation’s Grand Bahama Arts and Crafts Centre, Minister of Agriculture and Marine Resources, the Hon. Michael Pintard, said there are a number of products that can be created using conch shells.

“For example, when you have a discussion with the Grand Bahama Port Authority about the transformation of downtown and other areas, conch shells and other naturally occurring resources in Grand Bahama can be used as a part of a design and beautification of Freeport.

“Rather than one or two artists engaging in that enterprise, it would make a tremendous amount of sense if you have a cooperative of artisans that will enlarge your bargaining voice when you speak with Central Government, the municipal government which is the Grand Bahama Port Authority, when you speak to Carnival, Royal Caribbean Cruise Line and Hutchison Whampoa, because all of them will need to design, decorate and enhance their properties.

“And we will insist that you are included in those discussions.”

It would make sense, he said, when a team is working together to guarantee consistency in terms of work and supply of products, as well as pricing as a result of volume.

Parliamentary Secretary in the Ministry of Works, Iram Lewis urged those present to take advantage of a virtually untapped market.

For years, he said, Bahamians only saw the value of the conch for food and so the shell, was discarded. People, he continued, never saw the real value of the shell. He suggested that the shells be used to make items such as ashtrays, chandeliers, scones, jewellery and many other items.

They were encouraged to “dream big and plan bigger” as it is an industry that should not fail. The only limitations that will be placed on them, he said, is what they impose on themselves.

Following the ceremony, the Minister and Mr. Lewis were shown a number of items on display manufactured from conch shells.

Every quarter, BAIC will host workshops to encourage and train residents to become self-employed in producing Bahamian made products.

Photo Caption: During the official opening of the Conch Shell Carving Workshop, April 30, 2019, Minister of Agriculture and Marine Resources, the Hon. Michael Pintard, encouraged artisans to strengthen their Co-operatives so as to become a formidable bargaining unit.