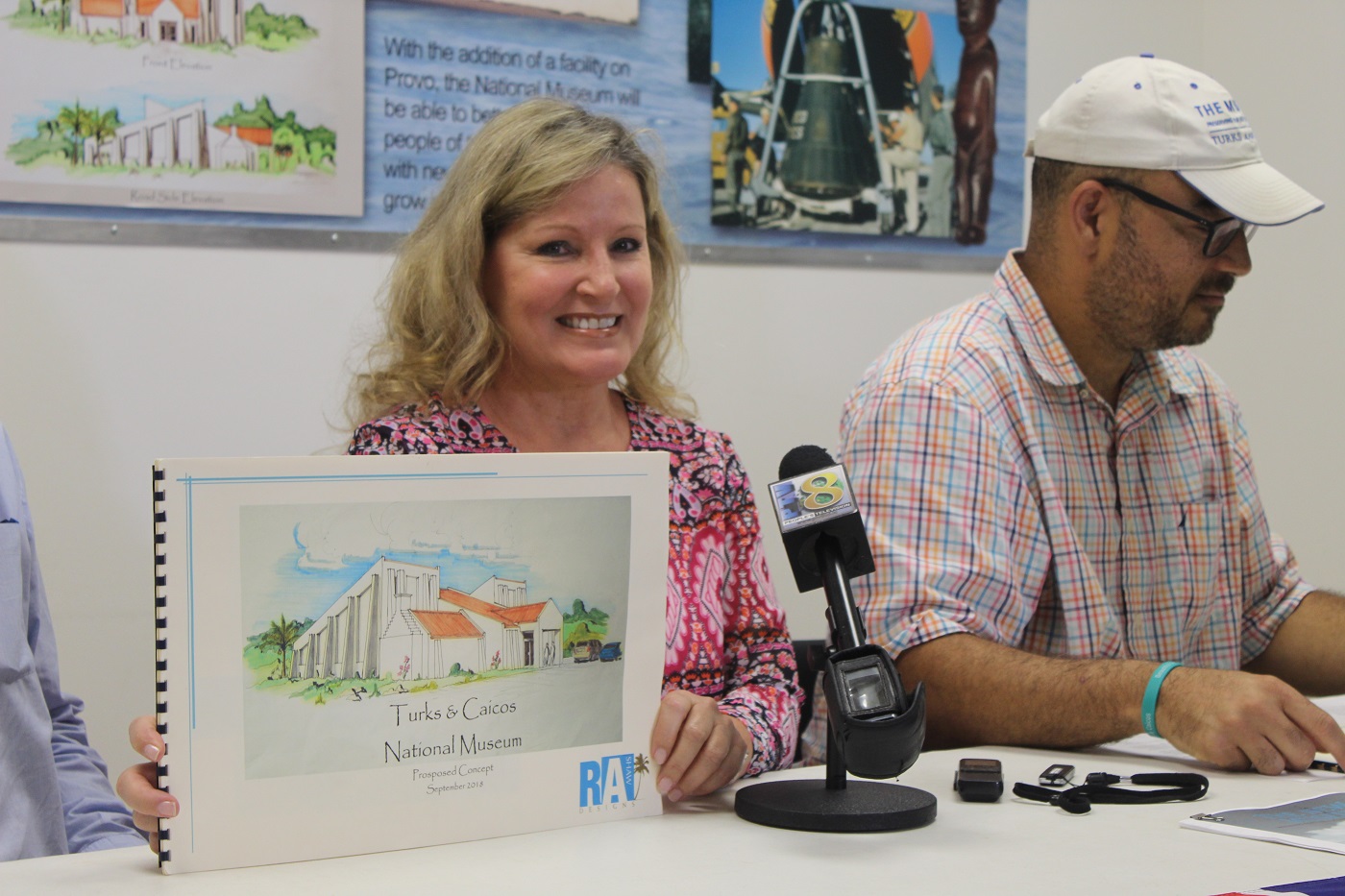 Announced today were plans for an inaugural gala banquet at the Shore Club in June and several intriguing opportunities for islanders to make financial investments which will also make them a part of history; literally.

A ‘Brick Fund’ will be accepting donors ranging from $100 to $500; the engraved bricks are described as a lasting tribute which will be used to pave the walkway to the coming museum building.

“You can purchase bricks by coming into the museum, contact us on email, we will have a Paypal account with that set up so people can do it online.  We are going to do everything we can and we are going to hit every media,” explained Dr. Michael Pateman, Museum Director.

The design of the new museum was a gift from celebrated local architect and builder, Ron Shaw of RA Shaw Designs and when asked about how it could be described, Seamus Daye, President of the Turks and Caicos National Museum Foundation said it reminds him of a fortress.

“There are many different architectural elements of an historical Turks and Caicos design, so you will see there is a Bermudian-styled chimey which is particularly prominent in the Turks Islands.  You will see that you’ve got the sloping roof which is similar to some of the cisterns and water tanks and the big buttresses as well.  I think, if I were to describe this, I would say it is a fortress.”

Director of the National Museum, Dr. Pateman concurred with the characterization of the modern, yet classic structure, which will be 7,556 square feet, two stories tall with second floor mezzanine and built to the tune of $3.5 million inclusive of interactive exhibits and renewable energy programs.

Dr. Pateman said the ‘fortress’ will be a more safe and secure site for holding the treasure trove of national secrets, native traditions, historic artifacts and precious mementos.

The razzle and dazzle of the gala will feature fabulous opportunities, with ticket donation set at $250.

Karen Whitt, representing the Hartling Group said more and more guests to the island are on the hunt for “experiential travel” and the museum, to be constructed on the eastern side of the current building in the Grace Bay Village area, presents the opportunity for visitor and resident immersion in TCI culture.

“From a corporate sponsor level, we are really so excited about this launch event which will take place on June 8th, at the Shore Club and it’s not just a typical gala dinner evening because we are really planning to learn and see something that is a vision which has been in the works for so many years… but now we have the chance to truly learn how the vision becomes reality into execution and we are at that stage now so it is only fitting that with such an important milestone in the country’s history that we would do it in a very big way; Hartling style.”

The theme for the night, where the dress code is island chic, is ‘Building for the future, to protect the past.”