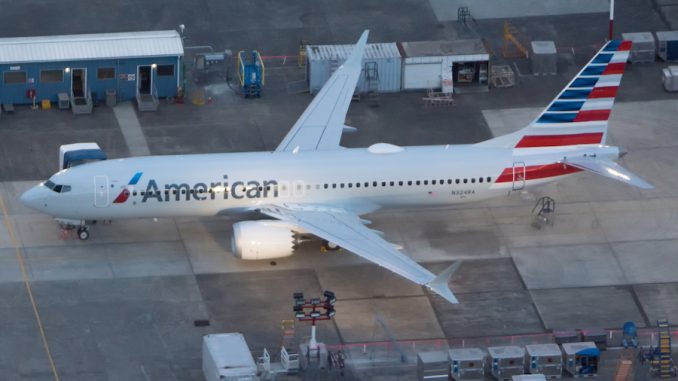 #Providenciales, March 13, 2019 – Turks and Caicos – American Airlines, Southwest Airlines and West Jet are among the airline companies which have said, at this stage, there are no plans to ground its fleet of Boeing 737 MAX 8s despite two disastrous crashes within the last six months where hundreds were killed.

The latest crash on Sunday, in Ethiopia, minutes after take-off has led to a significant number of countries taking the decision to ground the aircraft until Boeing or Investigators can tell us what in the world is going on.

The Boeing 737 MAX 8 is the newest generation of planes from the manufacturer but so far, it is having a dismal launch with a crash last October in the Java Sea which resulted in the fiery deaths of 189 people and now, another 157 have perished when the plane plummeted and exploded just outside the Addis Ababa’s airport.

Only American Airlines, Magnetic Media is informed, has flown the Boeing 737 MAX 8 into the Turks and Caicos, servicing its Miami to Providenciales (PLS) route from time to time.

It is also reported that following the crash last October, the FAA had “sent out an emergency Airworthiness Directive to advise carriers and pilots on training to disengage the aircraft’s automated controls if there are anomalies.”

The UK Civil Aviation, which is the lead entity for the Turks and Caicos Civil Aviation Authority has reported that there are five MAX 8s registered as operating in the UK, with another due to come on stream next week.  In that news report, there was no indication that the UK CAA denied landing for two MAX 8s; the aircraft were turned back.

We wait to see if the TCI Airports Authority will be directed by the CAA to also ‘say no’ to any landing of the suspect plane.

The USA and Canada have still not suspended operation of the Boeing 737 MAX 8.