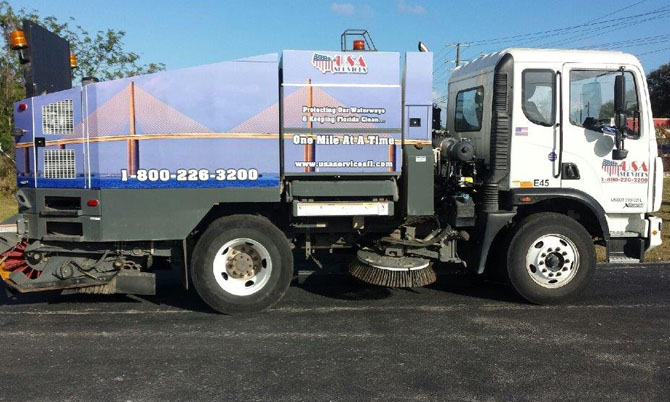 #TurksandCaicosIslands, July 2018 – Magnetic Media has read it in many places, that cleaner streets were directly linked to lowered crime rates.  A report in 2015 by USA Services is particularly compelling and gives the benefits of not only cleaning up neighborhoods but how Police spearheading these efforts have helped the major cities of London and New York see double digit drops in crime.

As a case in point, USA Services which is headquartered in Orlando, Florida shared this:

“True to their word, the Rotterdam police force spent time cleaning graffiti and the street itself. They also responded by increasing their public presence and cracking down on speeding violations. Some thought that more serious crimes would skyrocket from neglect, but crime rates dropped.”

Their campaign was carried out for two years and called, “The Neighbourhood Takes Charge” and among the recorded results were a decrease by 30 percent in vandalism and drug crimes and burglaries dropped by 22 percent.  The article is brilliant we think and even takes time to address the naysayers.

“Although this could be a fluke, there’s no ignoring cities who have followed suit. Later in 2012, high-crime areas of New York City and London both lessened crime rates with focused clean-up. Results continue to come from clean streets.”

Our countries in the Caribbean region can follow suit, some are already making moves to upgrade and incentivize urban communities to enhance their surroundings with duty free concessions and government-led clean-ups; namely The Bahamas in its ‘over the hill’ communities.

There were even suggestions laid out in this thought-provoking piece online, including use of a mechanical street sweeper, focus on specific problematic or struggling areas, consultation of local residents and citizens for improvements and cleaning the streets in more ways than one.

The maintenance company – USA Services – may have presented this research to serve its own business, but we still find the information valuable and concur wholeheartedly that “ Every city and every citizen deserves a safe and clean environment to live and work in.”