#UnitedKingdom, May 4, 2018 – England – British overseas territories are in for a rude awakening when it comes to legislative changes related to players in the Financial Services industry.  The UK during House of Commons Debate this week has decided that not only are new regulations to crack down on tax evaders within the United Kingdom going to apply to Britain, but to its overseas territories also… and it is going to be a tough sell.  Sir 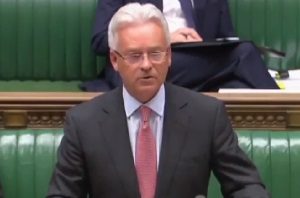 Alan Duncan, the Minister of Europe and the Americas was candid in his misgivings when he took the floor.

“We do not want to legislate directly for them, nor do we want to risk damaging our long standing constitutional arrangements which respects their autonomy.  However, we’ve listened to the strength of feeling in this House on this issue, and accept that it is without a doubt, the majority of you of this House, that the Overseas Territories should have public registers ahead of it becoming the international standard as set by the Financial Actions Task Force.  We will accordingly respect the will of the House, and will not vote against New Clause 6.” – Sir Alan Duncan – Minister of State for Europe and the Americas

Already in the Turks and Caicos this is causing concern, as just this past February laws were amended to meet global criteria about the ability to make beneficial owners of companies public… now, said the PDM Administration, they may have to go back to the drawing board as goal posts keep on shifting.  Not to mention the possibility of resistance from company management firms who may push back on the idea of exposing company owners to the world.