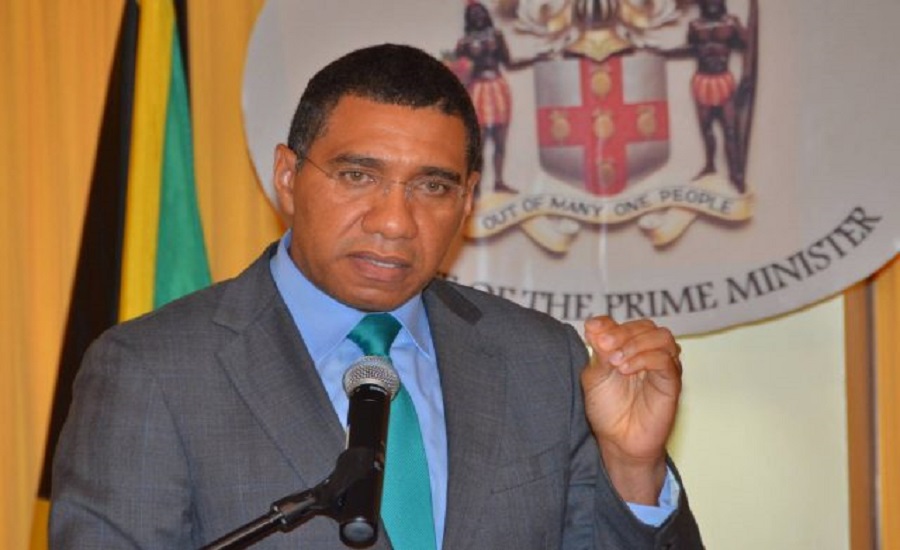 #Jamaica, November 8, 2017 – Kingston – Prime Minister, the Most Hon. Andrew Holness, says the Government is committed to not only ban corporal punishment in schools, but generally in the society, so that it is no longer an option.

“I wish to declare that I am totally against corporal punishment.   I believe that the time has come for the Parliament to have a debate on this issue and finally declare corporal punishment at an end, both within public institutions and as a means of discipline available to parents,” Mr. Holness said.

He was delivering a Statement in the House of Representatives yesterday (November 7) on the United Nations Development Programme’s Sustainable Development Goals (SDGs).

The Prime Minister  highlighted the alarming findings in the recently launched UNICEF Report – ‘A Familiar Face: Violence in the Lives of Children and Adolescents’, which shows the high number of Jamaican children who die violently and who are regularly subjected to sexual violence and violent discipline in their homes, schools and communities.

The report notes that eight in 10 Jamaican children in the two to 14 years age group experience violence as a form of discipline.   It also adds that 47 children were killed by violent means between January and October of this year, based on police statistics.   Already, more children have been killed violently this year than in 2016.

Mr. Holness said the banning of corporal punishment would be a “forward-leaning step” in taking a stance against violence generally “and it would send a powerful message about the State respecting the inviolability of the person, whether or not that person is a child or an adult”.

“Again, I think it is a matter that we would have to debate here, but I think the time has come with such a report with our commitment to the SDGs.   I don’t see how we can maintain this aspect of our culture and claim that we want to advance as a modern civilized society,” he added.

The SDGs replaced the Millennium Development Goals (MDGs), which started a global effort in 2000 to tackle the indignity of poverty.

The SDGs are part of the United Nations 2030 Agenda for Sustainable Development, which was adopted by the General Assembly in September 2015. It emphasizes a holistic approach to achieving sustainable development for all.