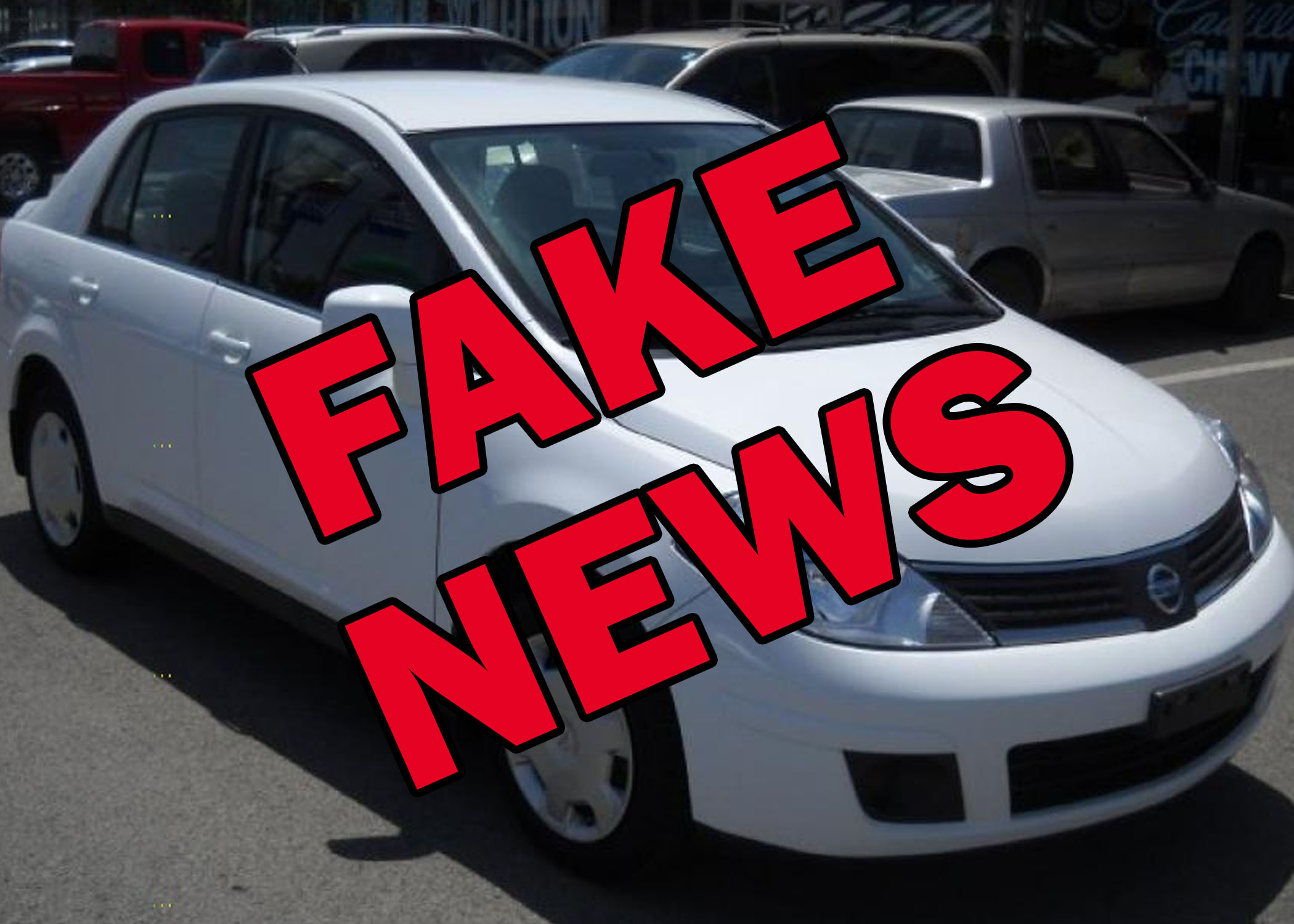 Nassau, Bahamas – October 30, 2017 – Another Fake News item was making the rounds, but Police say the item where a white Tiida vehicle is said to be going around holding people at gun point and robbing them is fabricated.

Police have no reports of any such incidents and are urging members of the public to desist from spreading such malicious rumours, which has sparked significant concern among residents.

The report of that white Tiida was also spreading within the Turks and Caicos Islands.