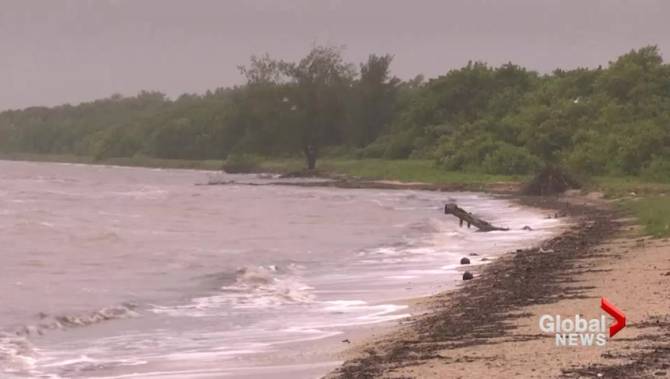 NASSAU, Bahamas – October 30, 2017 A system being monitored from mid-week last week did become quite an event for The Bahamas over the weekend as Tropical Storm Philippe formed and brought to parts of Eleuthera, Grand Bahama, Abaco and Bimini winds up to 50mph, significant rainfall and possible flooding were also in the forecast.

The storm slid out of the country past the Florida East Coast on its way to the open western Atlantic by late on Sunday and this morning there is no trace of the system on the National Hurricane Center’s chart of the Atlantic.

What is on the radar today, a low level non tropical low pressure system about 1000 miles east of Bermuda.

The All Clear was given by NEMA for The Bahamas since 3:30pm Sunday, October 29.