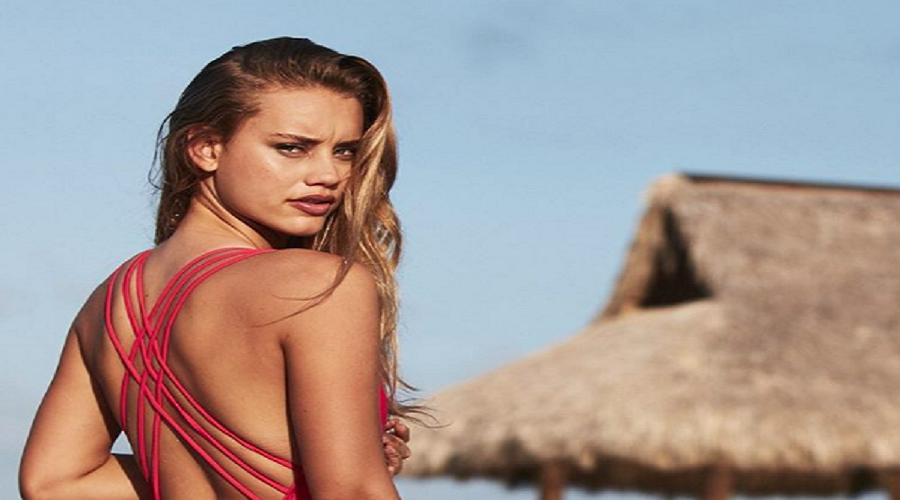 #Bahamas, October 4, 2017 – Nassau – While The Bahamas was breathing a sigh of relief that Hurricane Irma made that turn away from hitting many more islands of The Bahamas, Sports Illustrated newest model and Bahamian Chase Carter was being filmed on the pink sands of Harbour Island’s beach.

Video filmed by the SI crew show the carefree loveliness of 20 year old Chase, who grew up in Nassau.   The magazine explained in the Facebook live video that they captured the sexy and sporty sides of Chase – who played a little soccer while on the beach.   The stunning beauty with her fit physique, statuesque neckline and mesmerizing eyes will be featured in the 2018 issue of the Swimsuit Edition of Sports Illustrated and has also walked the runway during New York Fashion Week this season.