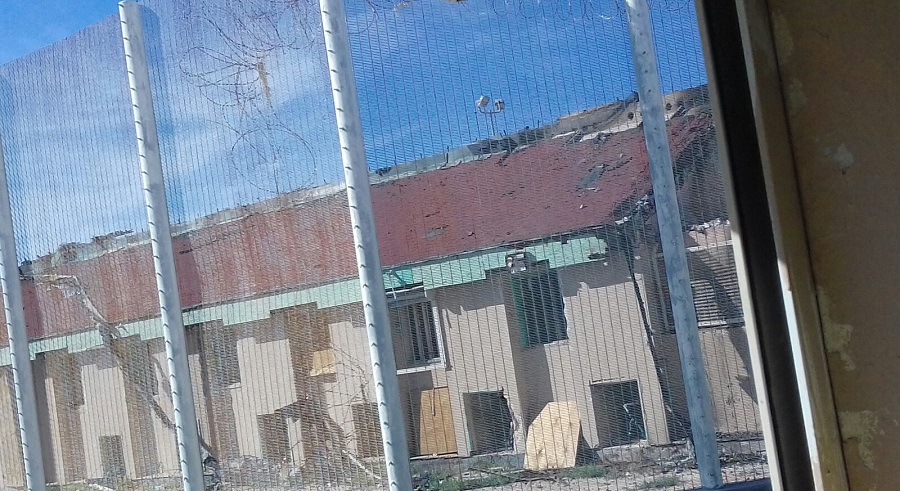 #TurksandCaicos, October 9, 2017 – Grand Turk – Twenty two UK Armed forces officers are remaining on at Her Majesty’s Prison in Grand Turk and were on Saturday introduced to the inmates.    The men and women soldiers toured the storm ravaged facility and are stationed there to assist with keeping order at #HMP which has been plagued with prison breaks, sexual assault, arson and chaos.

The 23-hour lock down, we are informed has ended for the majority of the inmates, but drinking water is still restricted.   Five inmates have been repatriated, their sentences were nearly completed and so it was agreed by the Governor and the Mercy Committee to commute their short time left to time served; one man went home to Jamaica, four were repatriated to Haiti.

During September, three murder convicts were transferred to the prison in St Lucia from HMP.    While the Government announced that electricity has been restored to the prison, no repair works have started on the facility, #MagneticMedia understands.   The new regime at Her Majesty’s Prison appears tougher; each Commando is armed with handcuffs, knife, baton, prison keys and mace.

Government is expected to elaborate this week on the arrangement with the #UKCommandoes at Her Majesty’s Prison.