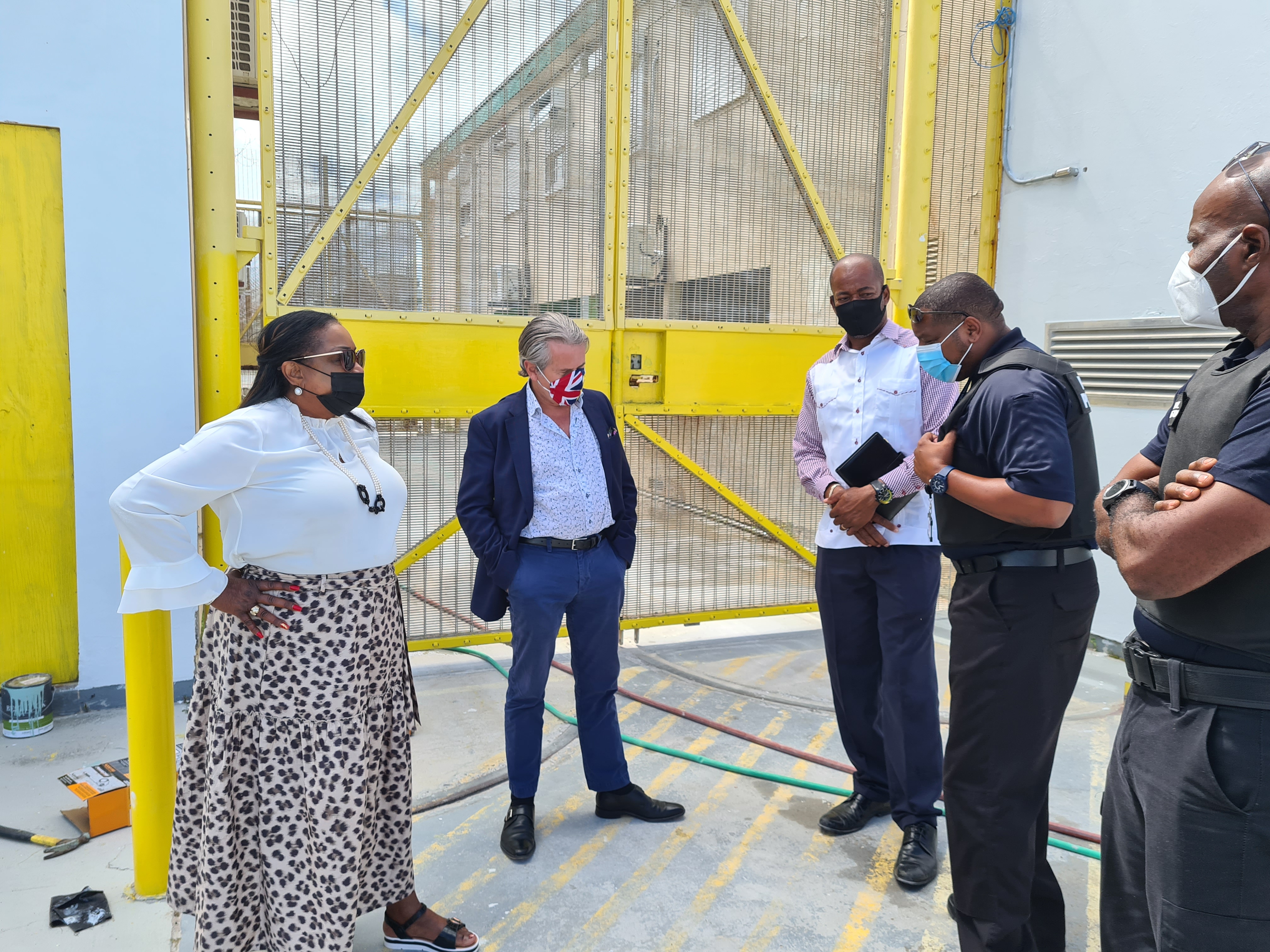 #TurksandCaicos, April 9, 2021 – Her Majesty’s prison is in a deplorable state and it is the intention of the new Minister of Home Affairs to make the facility humane.

“Mr. Speaker, the late, great Dr. Martin Luther King noted, “there comes a time when one must take a position that is neither safe, nor political, nor popular, but he must take it because conscience tells him it is right.” These words, Mr. Speaker, could never be more relevant than today as I recall my recent visit to Her Majesty’s Prison here in Grand Turk.”

Minister Otis Morris told the House of Assembly Speaker in the last sitting on March 30 that he would go as far as to call the conditions at HMP cruel and unjust…he also argued the point that while some may see the site as ideal for those being held in relation to criminal allegations or criminal convictions, the inmates are the sons and daughters of the Turks and Caicos.

He said:  “while we support a system of justice for their actions, we should want that to be in an environment that promotes and supports the opportunities for their full rehabilitation and reform, because the fact is, Mr. Speaker, prisoners will one day re-enter society and when they do, they become our neighbors, our in-laws and our colleagues, and it is our responsibility to ensure that they have the greatest potential for success once they have resettled.”

So what needs doing?  A lot according to Minister Morris who said he will look for an immediate bid in this new budget year to fix collapsing buildings, dysfunctional sewers and condemned water cisterns.  With the infrastructure and security improved, the Home Affairs Minister wants to next turn his attention to rehabilitation.

“Mr. Speaker, my ministry is immediately seeking to bid in the upcoming budget for the redevelopment of HMP infrastructure to address the collapsing buildings, the dysfunctional sewers and the condemned water cisterns and facilities. With these improvements to the structural security, the management of HMP can fully focus on the rehabilitation and reform programs that are critically needed. These programs, Mr. Speaker, would foster, cement and support a spirit of hope in prisoners and the desire to be better, more productive citizens in our communities. This is possible, Mr. Speaker, and I am confident that two years from now this institution will be an effective institution for reform and change,” said Minister Morris.

There was commendation for the superintendent and thanks to inmates who have struggled in a facility which has faced deterioration, hurricane, fire and wanton neglect.

“I want to first thank the amazing Superintendent and staff of the Prison for the incredible work that they do on a daily basis to maintain stability and control of the prison, and for their care for the inmates. I wish to also acknowledge His Excellency the Governor, the Premier, the Deputy Speaker and my ministerial colleagues for their support and interest shown in the prison. But Mr. Speaker, having visited the prison twice now, I must also commend the prisoners themselves, for the efforts that they too are making to help ensure that the institution is a safe and calm environment, which would allow for the eventual and successful rehabilitation and resettlement of offenders.”

The Minister remarked on a more stable environment, achieved following the temporary and effective management of the Royal Turks and Caicos Police and the removable of three ‘troublesome’ inmates; among other things.

“I am aware Mr. Speaker, that the prison has recently emerged from a period of grave instability, and it is certainly now in a much better place, but Mr. Speaker, this sense of stability remains fragile, not least of all because of the very nature of the business, but also due to the absolutely critical need for the immediate rehabilitation of the facilities, and the urgent improvement to the state of living of those we have responsibility and care for.”

Current construction at Her Majesty’s Prison is reportedly 50 per cent refurbished; the block destroyed by fire is trudging toward completion.