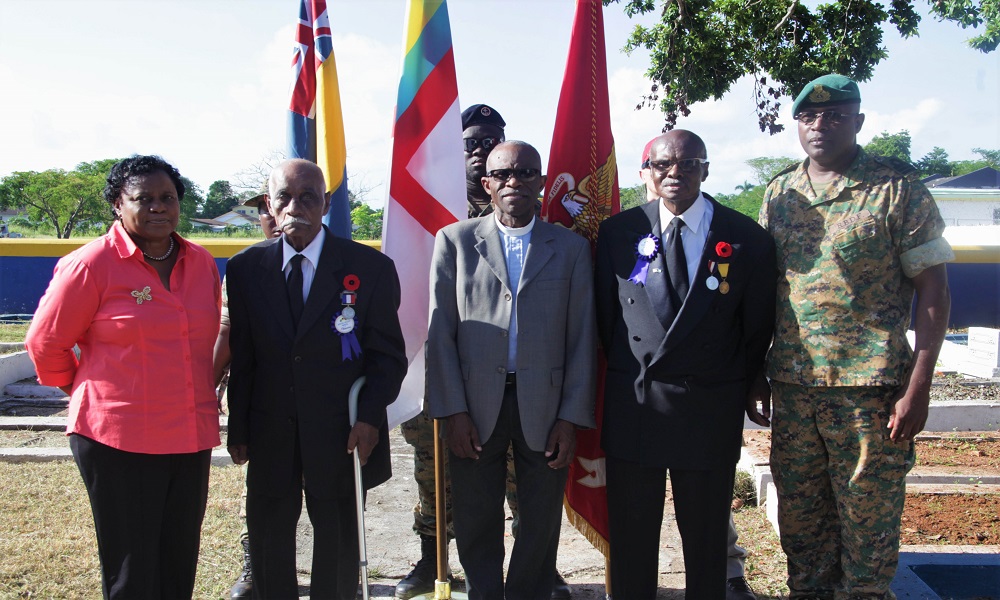 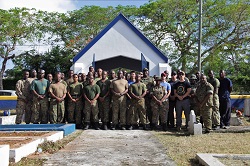 #Bahamas, September 22, 2017 – Nassau – The Military Police Section of the Royal Bahamas Defence Force in a joint effort with the US Embassy Marine Corps, Bahamas Branch, spent this past Saturday sprucing up the country’s World War II Cemetery, which they recently adopted and have committed themselves to caring for.

This joint effort was the direct result of a conversation between Chief Petty Officer Lincoln Rolle and Gunnery Sargent Walter Merrith, Head of the United States Embassy Marine Corps, Bahamas Branch who both agreed that cleaning and maintaining the cemetery on a more consistent basis felt like their honorable duty.

They removed weeds, mowed grass and painted the entrance to the cemetery.   However, this initial effort is only the beginning of what is expected to be a larger project to overhaul the space.   There are plans for reviving the landscape and repairing broken grave stones.

Commanding Officer of the Military Police Section, Commander Fredrick Brown noted that the project taken on comes with no difficulty and that it was an honor to be a part of the effort. 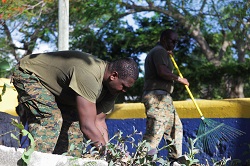 Chairman of the British Legion- Bahamas Branch, Comrade Cephas Ferguson was also there and in an interview expressed his appreciation and thanked the Commander Defence Force, Commodore Tellis Bethel and all parties involved who made the effort a success.

Commander Frederick Brown, the Commanding Officer of the Defence Force’s Military Police and Force Protection Unit extended heartfelt thanks to members of his Unit and the United States Embassy Marine Corps Unit at the US Embassy… “We are grateful for your kind gesture in adopting our small military cemetery.” 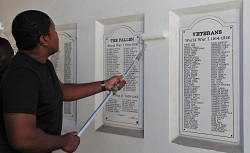 Commodore Bethel praised the efforts of the participants in the joint initiative for their acts of patriotism, partnership, and volunteerism.   He also commended the hard work and dedication of Defence Force Reservist and representative at the Legion, Adina Munroe, for the many programs she has coordinated for the purpose of honoring the lives, sacrifices, and memories of members of the British Legion, past and present.

The Royal Bahamas Defence Force is honoured to be a part of this project and will continue to assist as an organization showing its appreciation to those who have paved the way and fought for the freedoms that every Bahamian still enjoy today. 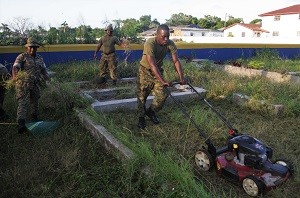