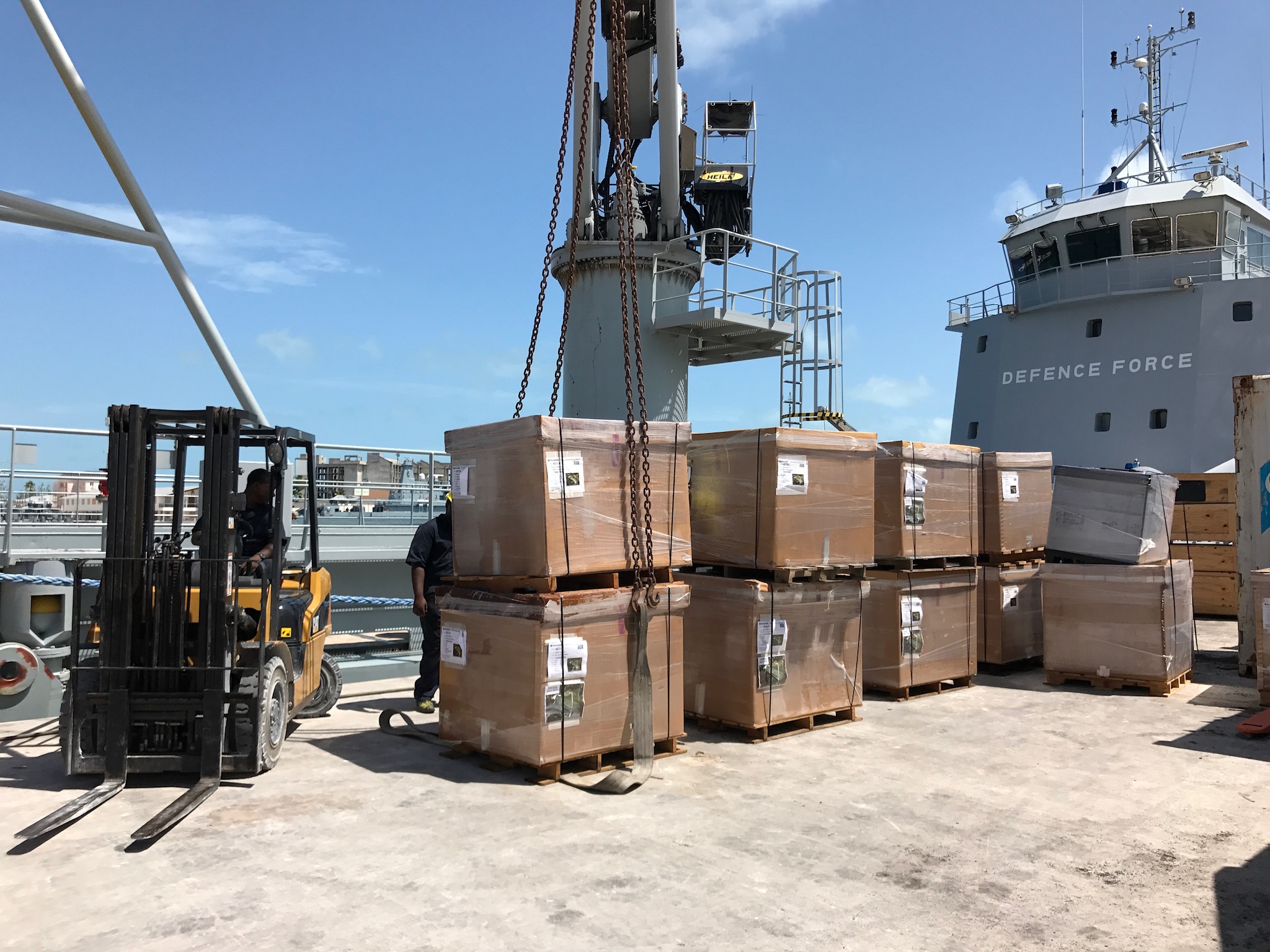 Bahamas, September 4th, 2017 – Nassau – Despite what is happening in Houston, the US government has donated to its Emergency Relief Warehouse which is located in Matthew Town, Inagua and those supplies were this weekend shipped out by NEMA.
Generators, cots, water and fuel containers, blankets even a pallet stacker were among the items loaded onto the HMBS Lawrence Major, which is the Defence Force’s roll on, roll off vessel.
Hurricane Irma will first be felt by islands in South Eastern Bahamas – Inagua, Mayaguana, Acklins, Crooked Island, and southern Long Island and now they will have supplies nearby if needed.
Captain Stephen Russell, NEMA Director explained that the US donates $600k in disaster supplies to its three emergency sites in The Bahamas –  the other two warehouses are located in Nassau and Freeport.
By Deandrea Hamilton