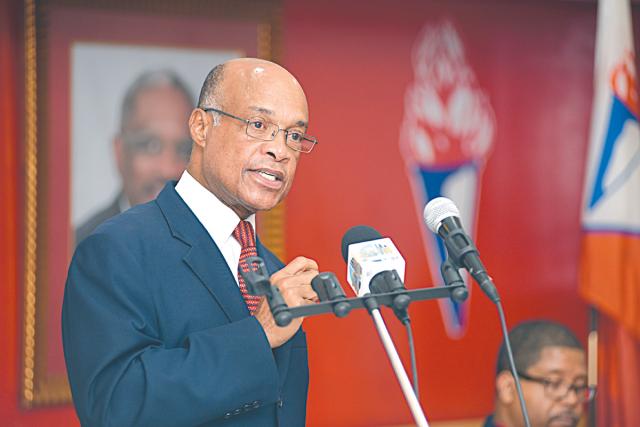 Bahamas, September 4th 2017 – Nassau –  Over eleven million dollars was spent to get the 170 institutions nationwide ready for students.  The Education Minister last night addressed the nation on the eve of a new school year kicking into high gear with all but three public schools starting the 2017-2018 academic session today.
Minister Jeffrey Lloyd called the job of better educating our children a joint effort, the Ministry and the Community together making sure it happens and he is convinced that not enough students are exiting school ready for the world.
The Minister explained that the government will do its part with a drastic overhaul of the curriculum, modernizing it and the reformation is to start this school year.
A National Address also came from Road Traffic minister, Frankie Campbell announced that a Back to School road safety campaign would be launched; the initiative will begin at Gerald Cash and Garvin Tynes primary schools in Nassau.
By Deandrea Hamilton