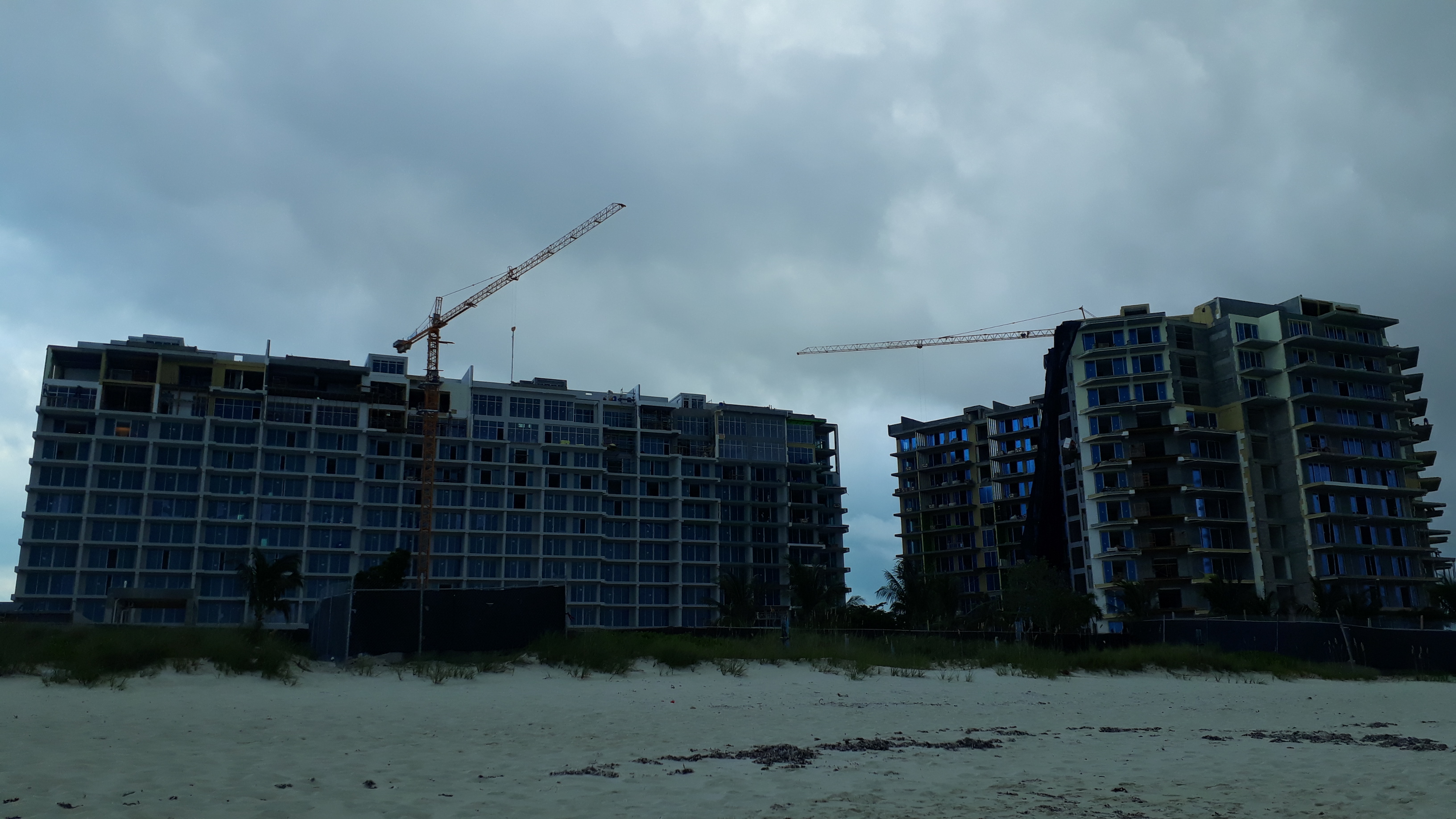 #TurksandCaicos – December 10, 2020 — RitzCarlton Residences Turks and Caicos, Grace Bay is moving steadily toward a mid-2021 opening and in November accomplished a string of feats which have pushed the development of the Desarrolles Hotel Co Turks and Caicos Ltd (DHTC) closer to launch of its luxury twin towers.

A meeting held on November 17 with Delroy Williams, Minister of Labour and Employment Services and his team including Edwin Taylor, TCI Labour Commissioner was meant to give guidance on best practices during the hiring process.

RitzCarlton executives: John Hazard, Corey Guest, Roberto Spita and Steven Redkoles learned of opportunities to partner with schools, colleges and vocational institutions in Turks and Caicos for possible internships and to offer developmental courses as it seeks to staff is world class, branded resort.

Shared with the hotel executives were recommendations on pay, benefits, employee taxes, programs like retirement savings and a session to better acquaint the team with the labour laws of Turks and Caicos.

The Ministry shared:  “A number of topics were covered, some of which are as follows: Turks and Caicos Labour Laws; General pay (including required or non-required service charge and distribution) & benefits offered on island; Medical, dental and other required and standard insurance provided to employees; Pension/Retirement plan requirements that are offered in the industry to employees; Vacation, holiday and sick leave entitlements; Local vs. Expat differences and any potential requirements as it relates to Live-in/Live-out, pay and benefits; Offer Letter/Work Agreement templates and requirements.”

On November 26, the Turks and Caicos Islands cabinet approved “a 99 year license for and licence to operate a restaurant and to renovate an existing pier/jetty…”

Minister Williams, who was also accompanied by Desmond Wilson, Permanent Secretary and James Astwood, the deputy PS said, “… that he is confident that the opening of this resort will create major employment as well as entrepreneurial opportunities for the residents of the Turks and Caicos Islands, and is looking forward to the Ritz Carlton team working closely with my Ministry team during the various phases of the project, to ensure that the end result will prove beneficial to all.”

There is optimism and anticipation from the RitzCarlton Turks and Caicos side as well, “When I exited the plane in Turks and Caicos last year, I felt an immediate connection with the island as it truly felt like home. We look very much forward to a successful opening and partnering with you (TCI Government) and the community,” said Mr. Guest, Director of Human Resources.

“A 210.6 kW rooftop solar PV system will be installed on the resort’s casino and restaurant rooftop. It will be a grid-tied installation, generating approximately 310MWh annually and help avoid approximately 244 tons of CO2 emissions. Customers participating in the UORE program receive a monthly fixed credit for rooftop space and an annual variable incentive based on system production,” said FortisTCI in a media statement.

RitzCarlton Turks and Caicos will be the country’s tallest hotel at 12 storeys and features 124 hotel rooms, 60 residences, restaurant, meeting rooms and a casino stretched across 700 feet of uninterrupted views of the world famous, Grace Bay Beach.