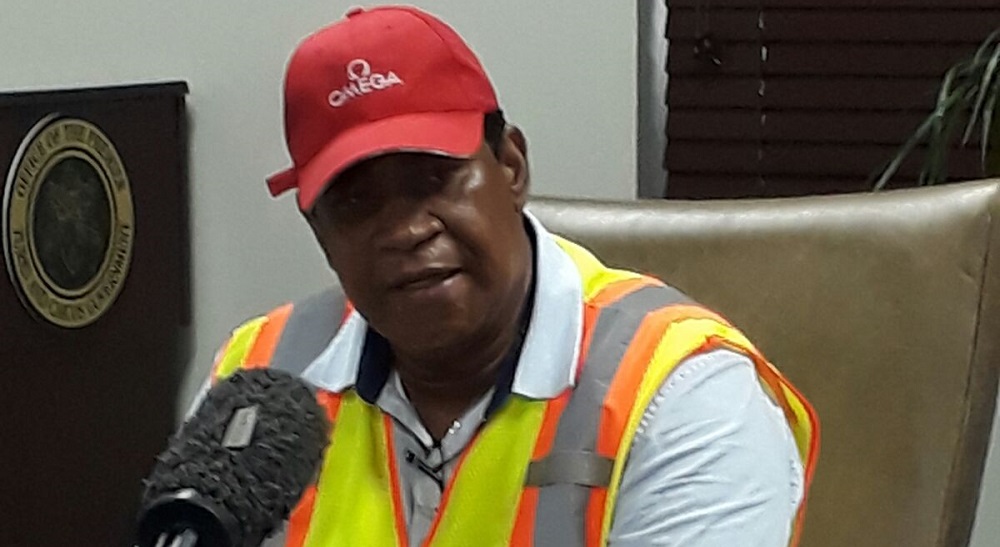 #TurksandCaicos, September 14, 2017 – Providenciales – FortisTCI power company CEO could not say when electricity to all islands would be back on fully, but just six days following Category 5 Hurricane Irma it was announced that one third of the system has been restored.

Eddinton Powell was a part of the post Irma media debrief Wednesday at the Office of the Premier, he said key, essential services are back on line, including the Provo International Airport, the hospitals, water company and telecommunications companies.   A 40 year old system in Grand Turk was pulverized in Irma, and Mr Powell explained it’s going to have to be completely rebuilt. 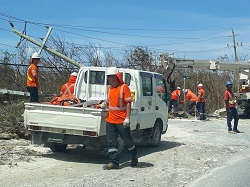 Fifty-eight engineers from across the Fortis group of companies are in country.  While most of the men are in Providenciales, teams are dispatched around the archipelago in a simultaneous restoration effort says Powell.

Restored are Kew in North Caicos, Conch Bar in Middle Caicos, parts of Provo and electricity is coming to the South Caicos airport and water plant; the same is happening for the Grand Turk water plant and Her Majesty’s Prison.

FortisTCI lost 15% of its poles in Hurricane Irma, and while strides are being made the CEO confessed that the effects are “vast and profound, this is a huge challenge”.

A second wave of 50 workers are due to come in and #FortisTCI is negotiating with the US Government to release 17 utility trucks being held there; they were previously due to come in to the Turks and Caicos.

The reason the power company could not give timelines for restoration of electricity said Mr Powell is because, ‘we are still very much in the process of assessments.’

All resources are being used, sufficient resources are here, work is being done as quickly as possible and the bottom line is although Hurricane Irma ripped though and destroyed so much in the TCI overnight, rebuilding will take much longer.