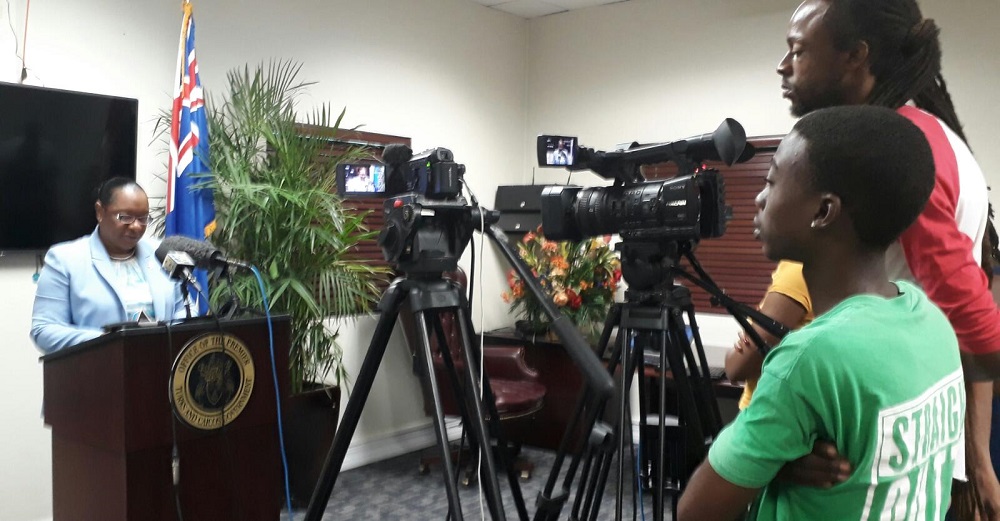 #TurksandCaicos, September 29, 2017 – Providenciales – Yesterday the Premier spoke to the nation.   Strong media presence and Ministers of Education, Tourism, Home Affairs, Infrastructure and Deputy Premier/Border Control were also on hand at the Office of the Premier.

CDEMA, a part of CARICOM has turned in an Irma Damage report.

The country’s economic center Provo was with almost 80% of buildings damaged, but Salt Cay is with the worse building damage, 100% and South Caicos records 99.9% damage as only two homes were with no damage from catastrophic Hurricane Irma on September 7 and 8th.

North Caicos had 70.9% damage and Middle Caicos has 62.9% of its buildings damaged.

The Maria report by CDEMA is in the works said Premier, Hon Sharlene Robinson.