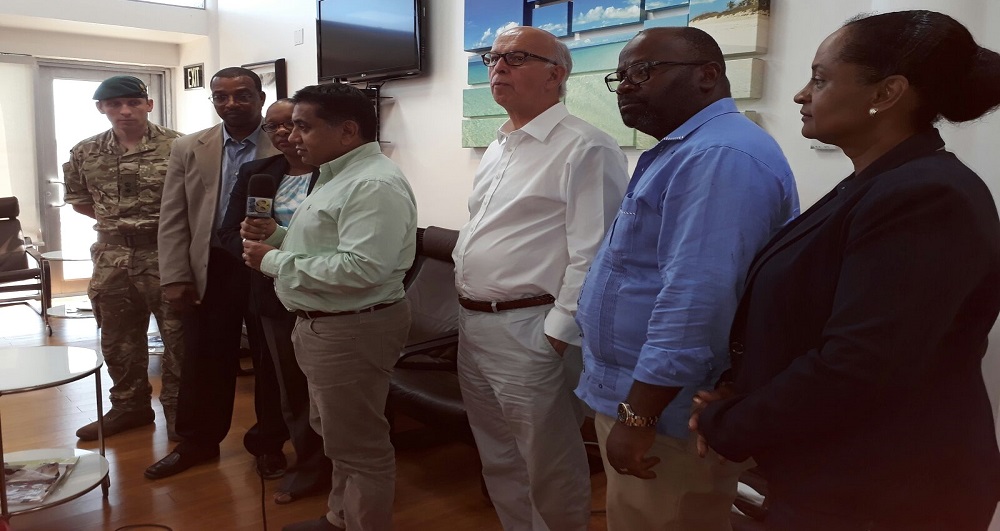 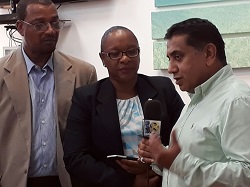 #TurksandCaicos, September 18, 2017 – Providenciales – Double the delegation as two envoys of officials were in country, surveying the damaged and making a most important courtesy call on the Turks and Caicos  during week one of life after ferocious hurricane Irma.    The UK Foreign and Commonwealth Minister, Rt Hon Lord Ahmad said he// has seen everything, that he is satisfied with the UKs rapid response to support efforts on the ground here in the TCI via the military and assured that the Turks and Caicos, a British overseas territory would not be forgotten once he returned home to make representation to PM Theresa May on the dire destruction caused by the historic storm.

CARICOM was led by Greneda’s PM, Hon Keith Mitchell who along with CARICOM secretary General, Irwin Laroche and the Attorney General of Barbados, Adriel Brathwaite commended Premier Sharlene Robinson and the disaster management and recovery team on the handling of hurricane Irma – citing post storm work in particular.

Both the UK and #CARICOM are expected to give tangible support to the huge rebuilding effort in the TCI.