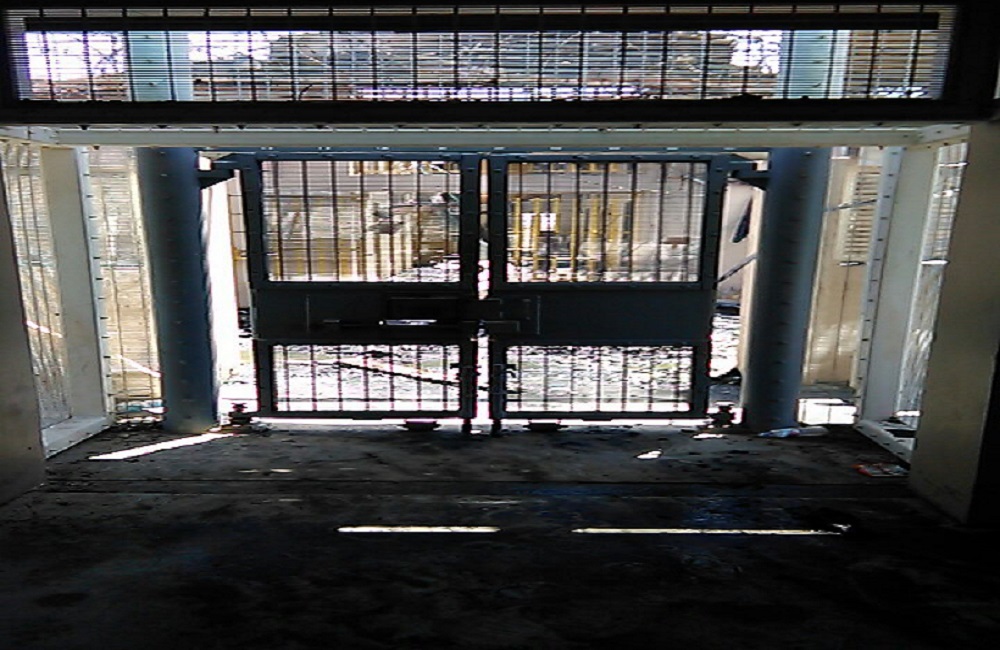 #TurksandCaicos, September 18, 2017 – Grand Turk – Allegations of excessive force, cold and unnecessary orders and undue punishment for the innocent are among the shocking charges against officials responsible for law, order and living at the Grand Turk prison in the aftermath of Hurricane Irma.   The category five hurricane was extremely hard on Grand Turk, the capital of the country and reports to #MagneticMedia from relatives of inmates are that Irma ripped the roof off the maximum security block at the prison and that two convicted murderers managed to escape, living as fugitives for hours before being caught.

Clifford Gibson Jr convicted of murdering a 16 year old boy in 2008 and Tyrone Williams, convicted of killing Jason Smith in Grand Turk a few years ago hopped over the fence, which Irma’s winds tore down and were recaptured a few hours later.   We are also told that fire was set, rebellion broke out and the Police Swat team was sent in, in an effort to restore some semblance of calm to #HerMajesty’sPrison when over a dozen maximum security inmates, the most serious of offenders, got into the general population and were said to have been running around the prison yard at nights.

The anarchy forced more stringent measures and it is said that with orders from the Governor, Police were dispatched but according to some, those members of the Force went way too far against those who were not responsible for the outbreak of disorder.   One relative said she was told that the command was ‘shoot to kill’.

A mother of an inmate explained that she was denied entry and the ability to see her son at the prison, supplies brought from Provo were unable to be shared with him and from another family, allegations that mace was sprayed on their son and others who had nothing to do with the revolt.    Lock down was enforced, drinking water limited, the prison is dark and dank say those speaking to Magnetic Media.

Another family shared that they were told about 20 to 30 trips made by the fire department to the prison to put out the fire set there, how the water left behind went un-cleaned for three days.    The families say their children are being treated inhumanely and they are calling on officials, including the Human Rights Association, to do something about the conditions at HMP.

Government, during a debrief to media hinted at problems at HMP when it was said that the TCI would not be in the same state as other regional countries where convicts escaped and were on the loose after hurricane Irma destroyed their prisons.    Another indication of challenges came in the Premier’s Monday (Sept 11) report that some prisoners would be transferred to St Lucia, however the gravity of the problems were not expressed and despite questions, who will be transferred and for how long and now new inquiries by us about the charges that conditions are inhumane at the Grand Turk prison, there remains no comment up to news production time.

Our news organization is told that while all inmates are accounted for at HMP, conditions are deplorable.