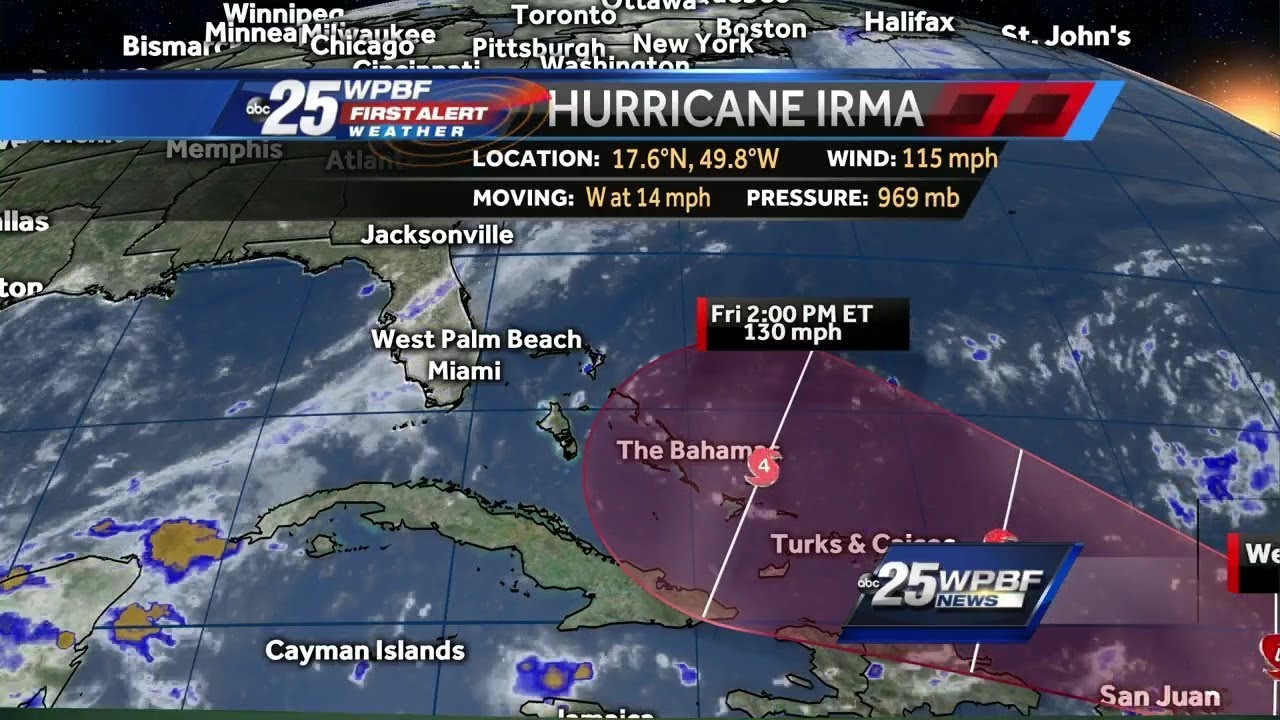 Bahamas, September 7th, 2017 – Nassau – The Bahamas Power and Light company (BPL) has announced that there would be no electricity in Long Island, San Salvador, Rum Cay, Exuma and Cat Island as of midnight. However, there are plans being made to keep the entire electricity system operational in the New Providence region for as long as the weather allows.

This decision was made as Hurricane Irma tears through surrounding islands. At present. Hurricane Irma is attacking the Turks and Caicos Islands, and skirting across to the Dominican Republic and Haiti. However, the department of meteorology revealed that there has been a slight shift of events as Hurricane Irma turned to a slightly different direction and is now heading northward toward the entire Florida Peninsula.

This is now good news for the Bahamas as it would mean that the direction of the eye of the hurricane would not be moving over Bahamas and Cuba. Of course these islands would still be experiencing extreme impacts as Irma is not losing its category 5 strength, making it the longest Hurricane in the history of the Atlantic to date with its magnitude. The Bahamas will experience tropical storm and hurricane force winds and flooding later tonight into tomorrow morning.

As everyone is taking the necessary precautions in anticipation of whatever the hurricane may bring, BPL says, “In the event that heavy winds and rain impact our overhead lines, then we may have to conduct isolated shutdowns in those areas to protect our system.”