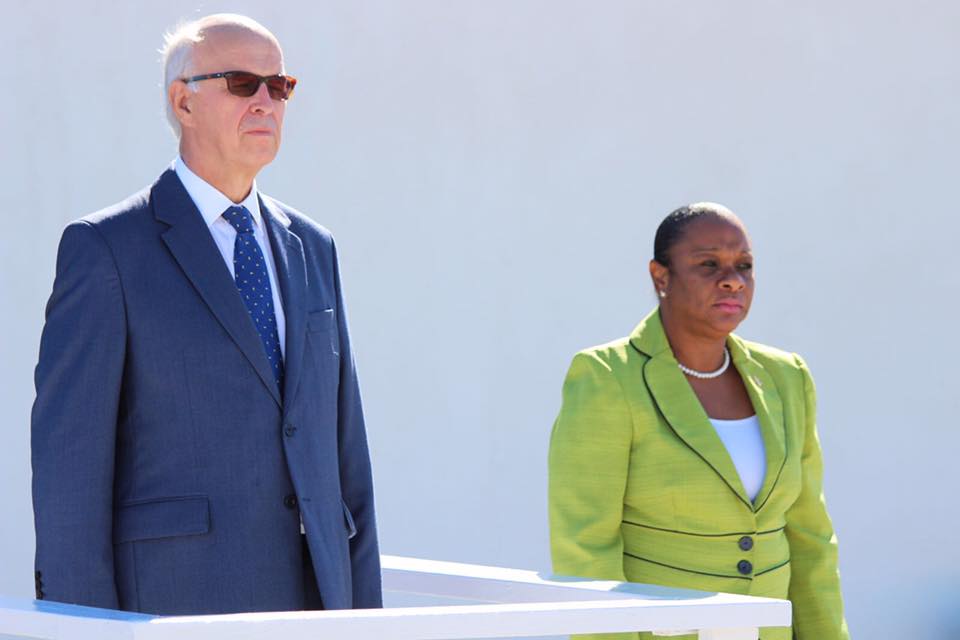 Turks and Caicos, August 10, 2017 – Providenciales – The Security Needs Assessment sponsored by the UK is completed and the report is in hand.    In a media statement defending her administration’s presence on and handling of crime in the aftermath of a recent wave of frighteningly dangerous home invasions, #PremierSharleneRobinson said expressions of concern in the UK directly to the Foreign Minister about national security led to territories getting help.

“The TCI was one of the earliest countries to receive a Team who assessed our needs.   We are now in possession of that Report with recommendations.”

A preliminary discussion on the report, according to the National Security Council meeting notes issued to media by the Governor’s Office has happened but it seems there was nothing strikingly new.

“Whilst many of the identified priorities and recommendations mirrored existing TCIG security objectives, the report would serve as a key input in the development of a TCI National Security Strategy, the development of which the NSC committed itself to..”

Funding and resources were key phrases as the NSC and Premier and Cabinet addressed national security, and a list of nine strides were cited in Premier Robinson’s statement as having been done by the PDM Government so far.    Government has bought the building which will house the CCTV program and other new crime fighting initiatives; funding has been approved for more police officers, which includes managers of that CCTV project; $1.2M in additional police vehicles is approved and legislative support for the Police in these modern crime fighting initiatives is included.

There is a move she said to repatriate people living in TCI illegally between Police and Immigration and already a paper for rehabilitation has been presented.    The statement explained that dialogue with the Hotel and Tourism Association and the wider business sector is started on employment for ex-offenders and pastors and civic leaders are engaged to help in creating programs to help youth.