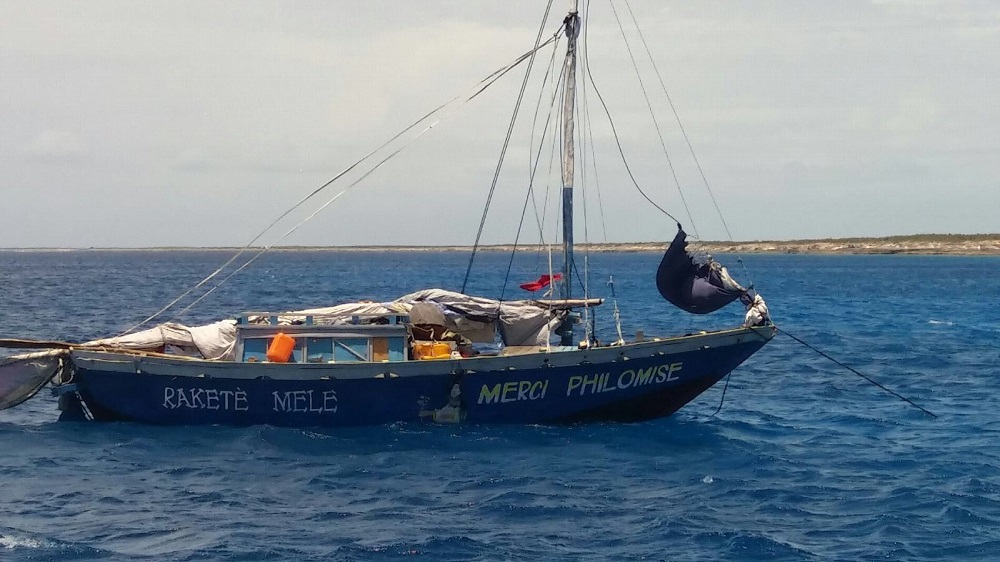 Turks and Caicos, August 8, 2017 – Providenciales – A serious commitment to stopping illegal migration reminded the Deputy Premier, Sean Astwood today in a media release when his ministry reported that a joint effort led to the interception of a boat in the vicinity of West Caicos, where 53 Haitians were found to be on board.

The Ministry of Border Control this morning reported that the US Coast Guard, the TCI Coastal Radar, Police, Immigration and private citizens all band together to avert the illegal entry of the 16 females and 37 males.    The boat was spotted around 2:30 am and by 4:11am that vessel arrived in Provo where it was met by the Task Force.

The ministry advises that not only will the illegal Haitians be held and repatriated, but they will be added to the country’s stop list which bars any future chance of them entering the TCI through legal means.

DP Astwood said, “…that illegal migration threatens the lives and livelihood of our people and that persons found to be engaged in the smuggling of humans would be prosecuted under the law.   He advises all persons to observe the immigration laws of the Turks and Caicos Islands as anyone found in breach of same will be dealt with accordingly.”