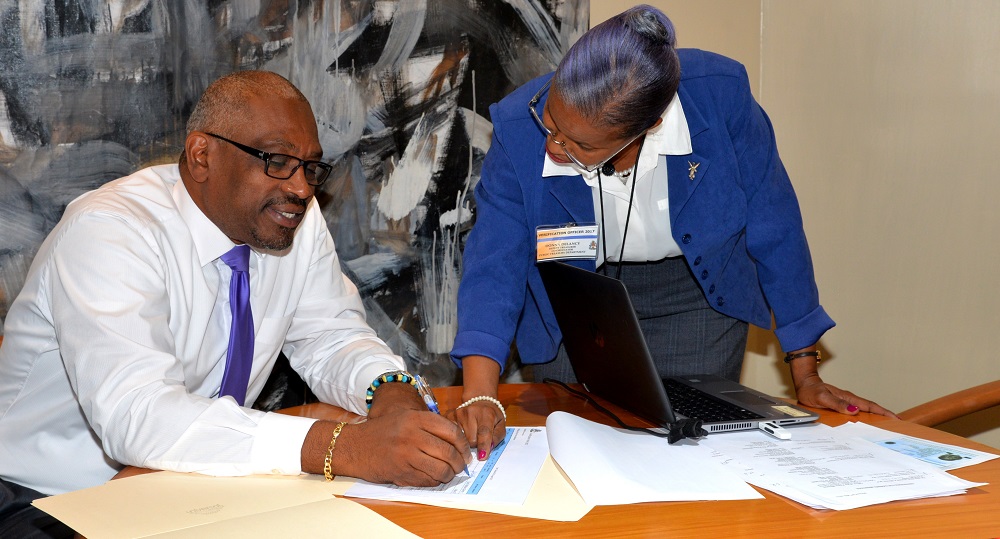 #Bahamas, August 16, 2017 – Nassau – Prime Minister, Dr. the Hon. Hubert A. Minnis and Deputy Prime Minister and Minister of Finance, the Hon. Peter Turnquest led the verification process for FNM Members of Parliament prior to participating in the weekly Cabinet Meeting on Tuesday.

It was explained in a BIS media release that Cabinet Ministers, Romauld Ferreira, Lanisha Rolle and the Brensil Rolle are off island while Health Minister, Dr. Duane Sands had already completed his verification.    #VerificationCentres were established since August 8 and public sector workers who do not register by end of the month, will have their salaries interrupted, though not ceased, until they do get verified.