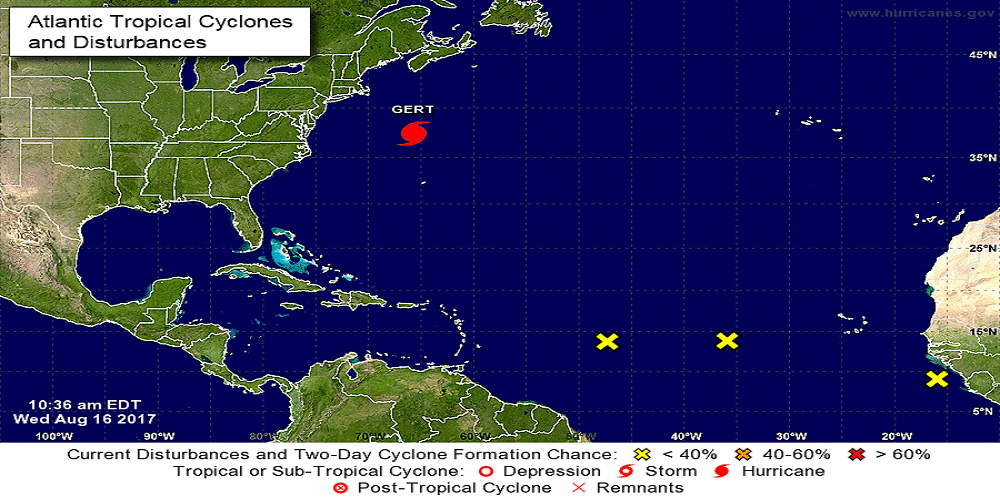 Turks and Caicos, August 16, 2017 – Providenciales – The Tropics are extremely active as August holds its reputation intact as being the start of the busy part of the Atlantic Hurricane Season.   Category one #HurricaneGert in the Northern Atlantic and three new tropical waves emerging off of the African Coast with trajectories that could include the islands of the TCI and The Bahamas are being monitored by officials including the #DDME.

While Hurricane Gert is well off from us, States including Virginia and parts of Canada are watching the system.    The other three tropical waves are each with a low chance for development today, but that will change, says forecasters as conditions are expected to become more favorable for development.

This is a good time to rush Hurricane preparations as you prepare for Back to School.