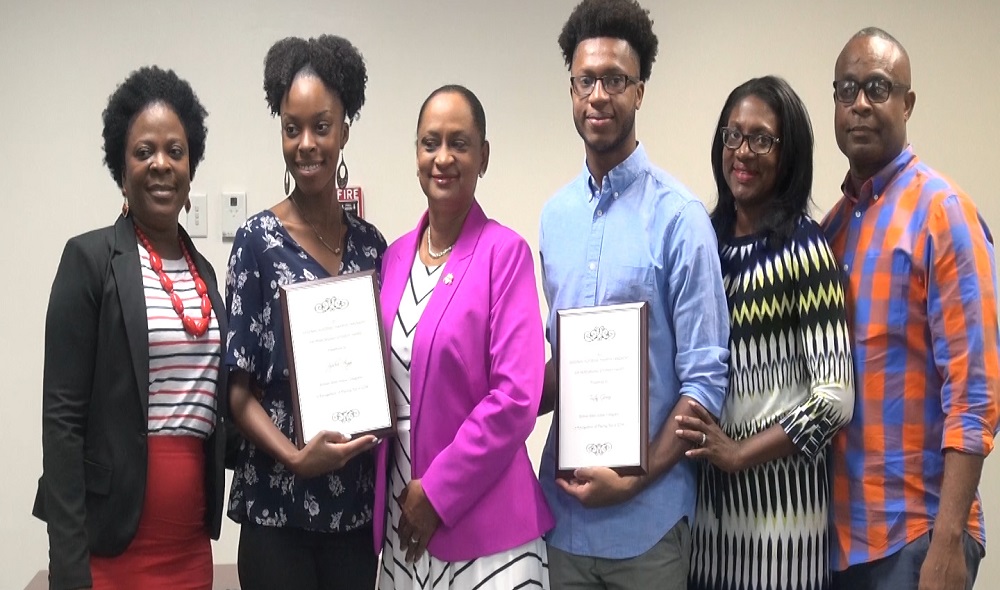 #TurksandCaicos, August 31, 2017 – Providenciales – A fight for a national educational accolade and scholastic blessing ended with a presentation which was three years late, but warmly received when the Ministry of Education presented three scholars with their 2014 prizes.    Ryesha Higgs and #TristanGreen were presented their plaques by the Minister of Education, Karen Malcolm and the Education Director Edgar Howell.

The duo is now legendary, many would say and not just for their academic prowess or community work but because they dared to battle for what they believed was rightfully theirs all the way to court, and won.    #RyeshaHiggs is a celebrated dancer, biochemistry student and young philanthropist and tied for third in her national exams in 2014  – she spoke at the ceremony held at the Office of the Premier.

“At the end of the day the work that we put in and invested into proving that we should also be acknowledged paid off and we are also going to be in the history books as National Scholars.”

Parents, teachers and the youth themselves were congratulated by the Education Director and Minister.

It was an astounding case and an outstanding feat as students believed their tied standings were all still worthy of some reward.    In the end, the judge agreed and Ryesha and Triston, since last year began receiving their $40,000 per year toward their tertiary education abroad.